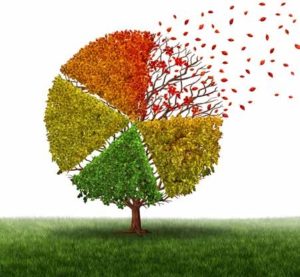 Rising costs and an increasing emphasis on quality have forced doctors and hospital administrators to question the value of certain time-honored practices, particularly those that may be overused or do not provide meaningful benefit for patients. The result has been nationwide initiatives – such as the American Board of Internal Medicine’s “Choosing Wisely” campaign – to eliminate “low-value” practices.

In 2012, the University of Vermont Medical Center (UVMMC) in Burlington, Vt., took a unique approach to eliminate such practices, inviting its own team members to propose their ideas – based on their own experiences – to reduce harm, cut costs and, more importantly, improve patient care.

Finding clinical champions
The idea to approach bedside physicians for their opinions came from UVMMC Department of Medicine chair Polly Parsons, M.D., who heard of a similar American College of Physicians program in which faculty member Virginia Hood, M.D., professor of medicine in the department’s Division of Nephrology and Hypertension, had participated. From there, Parsons put out a call to unit directors for proposals of ways to change what they believed to be low-value practices.

“Within a week, the unit directors had asked their faculty, and already had over 20 ideas,” says Hood. These proposals were then submitted to the UVMMC Department of Medicine Operation Efficiency Committee, which reviewed them and determined which ones to carry forward.

With each faculty member serving as the “clinical champion” of their proposal, “they become agents of change in a collaborative discussion amongst colleagues about utilization,” says Justin Stinnett-Donnelly, M.D., a hospitalist at Central Vermont Medical Center. “It removes the dynamic of the ‘top-down’ approach.”

Hood notes that this program, while designed to change the culture of the medical environment overall, was especially aimed toward influencing the trainees in the College of Medicine – residents, fellows, medical students, etc. “The issue will never be sustained if we don’t have trainees [taking part] at an early stage,” she says.

With this goal in mind, says Stinnett-Donnelly, each clinical champion attached a trainee to their project team, along with a representative of the Jeffords Institute for Quality, which provided data analytics and project management for each project.

Promoting efficiency
Focusing on four projects a year, the Department of Medicine has now completed 12 projects, with a forthcoming request for new proposals.

Stinnett-Donnelly notes one that focused on reducing the frequency of routine morning chest X-rays. The project, which originated in the medical critical care unit, resulted in cutting the overall frequency of these X-rays by about 75 percent. This has not only saved money, but also improved patient care, as too much movement can be painful for patients and potentially cause ICU delirium. On top of that, the X-rays are often performed as early as 4:30 a.m., interrupting patients’ sleep. Making sure that only appropriate and necessary X-rays are ordered – as opposed to ordering them “reflexively” – helps improve patient experience.

Hood discusses an ongoing project focused on reducing lab test repetition. “Often, physicians don’t know what tests have been done [on the patient] or what the results were,” and consequently order tests that have already been completed. The goal of this project is for hospital systems to be able to recognize and record when a test has been done on a patient, so that, if a physician sends a request for that same test, the laboratory can simply send back the results from the earlier one. This saves money by reducing unneeded testing, but also serves as a model for laboratories in other specialty areas “to look at tests that were replicated when unnecessary,” she says.

Doing what’s best for the patient
Though it originated in the Department of Medicine, the administration hopes to extend this faculty-initiated project to other departments within UVMMC, including those of Gynecology, Family Medicine, and Radiology. “This is a hugely collaborative effort,” says Stinnett-Donnelly.

Hood believes that through collaboration among these departments, many low-value practices can be reduced. Ideally, trainees will participate in this inter-departmental collaboration, expanding the important educational component.

“What we’re trying to accomplish is to make sure that anyone who has ideas about where we can improve quality and reduce utilization” has the resources to do that, says Stinnett-Donnelly. It will continue to grow – possibly even extending to other institutions outside the university. “We’re learning as we evolve.”

“We see low-value practices as more than just costly practices,” says Hood. “We want to look at practices that actually lead to better patient outcomes and experiences.

“We want to make it easier for physicians” to do the job they want to do, she continues. Simply put, that job is “to do what is best for the patient.”

David Thill is a contributing editor for the Journal of Healthcare Contracting.

In 2010 Howard Brody, M.D., published “Medicine’s Ethical Responsibility for Health Care Reform – The Top Five List” in the New England Journal of Medicine. In the piece, Brody called on U.S. medical specialty societies to identify five tests and treatments that were overused in their specialty and did not provide meaningful benefit for patients.

Shortly after that, the National Physicians Alliance (NPA) piloted the “Five Things” concept through an ABIM Foundation “Putting the Charter into Practice” grant, and created a set of three lists of specific steps physicians in internal medicine, family medicine, and pediatrics could take to promote the more effective use of healthcare resources. These lists were first published in Archives of Internal Medicine.

Building on the work of Brody and NPA, in April 2012 the ABIM Foundation, along with Consumer Reports, formally launched the Choosing Wisely campaign with the release of “Top Five” lists from nine specialty societies. Seventeen additional societies joined the campaign and released lists in February 2013. More than 70 societies comprising over one million clinicians are now partners of Choosing Wisely.

In 2013, the ABIM Foundation received a grant from the Robert Wood Johnson Foundation (RWJF) to advance the Choosing Wisely campaign by funding 21 state medical societies, specialty societies, and regional health collaboratives to help physicians and patients engage in conversations aimed at reducing unnecessary tests and procedures. In 2015, the RWJF awarded a second grant to the ABIM Foundation to continue this work.