The greatest risk to the human race isn’t nuclear. It’s biologic, according to John Bardis, former assistant secretary of Health and Human Services (HHS), and the founder and former CEO of MedAssets. “I think our eyes are being opened to some degree across the world about that now,” he said.

Bardis discussed this topic and more in a recent National Accounts Today podcast with John Pritchard, publisher of The Journal of Healthcare Contracting. The following are insights gleaned from the podcast. 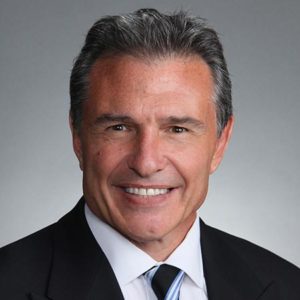 The COVID-19 pandemic has created a different kind of supply chain activity
“I think the supply chain profession in general has adopted over the last several decades just-in-time practices as an efficiency focus for the management of raw materials, all the way to finished goods to customer,” said Bardis. “Obviously, that type of supply chain activity didn’t contemplate or really doesn’t contemplate the impact of a pandemic, particularly in a country that imports as America does the vast majority of its PPE.”

The supply chain and the way that it works and the lessons that we’ll learn from this particular event will change the way we think about strategic supply chain and healthcare, said Bardis. “Specifically, if we were outsourcing our munitions for our military and found ourselves in a conflict but short on the supply chain, we would rethink that, but obviously, we manufacture the vast majority of our own armament.

“You could even take into the similar vein, the food supply in America,” he continues. “If we were importing the vast majority of our food during a crisis like this, we would have a serious problem on our hands. For some reason, largely because of lower manufacturing costs, we outsourced some portion of the commodity supply chains, specifically PPE, to Asia, and mostly China. That has really come back to bite us. In the end, yes, we have effectively reduced the price of commodities within the American healthcare delivery system, but we continue to operate under a very expensive model called fee-for-service.”

Should a pandemic hit again, it is not the federal government who is going to be able to solve these crises by stockpiling, he said. “Now we do stockpile all over the United States for critical events like biological warfare or a radiological event, potentially nuclear event, that kind of thing. But as it relates to the broad general population, a pandemic that could affect over 300 million people, the federal government doesn’t have the capacity to stockpile enough product, nor does it have a program to do it that would cover all.”

So it underscores the extraordinary value and importance of the delivery system in the United States and the role that it plays, but also the tragically fragile nature of certain elements of the supply chain, in this case, PPE. “And not just PPE, but this is also quite true as it relates to our compound formulas for the majority of our pharmaceuticals,” he said.

Government can, and should, play a critical role
Drawing from his experience as assistant secretary of HHS, Bardis praised the people working at institutions such as the Centers for Disease Control and Prevention (CDC), National Institute of Health (NIH) and HHS.

“There’s going to be a lot of hindsight analysis of how we responded and whether or not the mechanisms of government responded quickly enough to the real danger of the pandemic,” he said. “What I’ve learned was, these organizations, these scientists, these humanitarians are amazing. America shut down the Ebola crisis in Africa. America has stemmed the tide with the AIDS and HIV crisis in Africa through the PEPFAR program, which was initiated under Bush 43. Essentially, it was a coordination between USAID, the state department, the CDC, and the NIH. Dr. Deborah Birx, who was the ambassador for South Africa and came back to lead the President’s work here with COVID, led that effort. Today, there are 15 to 18 million citizens in Sub-Saharan Africa who get antivirals every day to prevent the spread of HIV and ultimately AIDS. America does that.”

However, America doesn’t get credit for that kind of thing, Bardis said. “It doesn’t make the headlines; it doesn’t make the news, but we do it every day. When the Ebola crisis hit, it was us who put the Commission Corps on the ground in Liberia and other African countries. We buried the dead, we built the hospitals, we had the handheld technology that unraveled the DNA of Ebola and sent that back to Dr. Anthony Fauci at the NIH, and within nine months we had a vaccine for Ebola.”

Bardis said that while we don’t always move as rapidly in some areas like the supply chain as we might hope, “this country is an enormous force for good, particularly in its health assets throughout the world. You won’t find India, Russia, or China on the ground in these hot zones. You’ll find America on the ground and officers of the Commissioned Corps, the CDC, and then the scientists behind the scenes who worked tirelessly to solve these kinds of problems.”

Collaboration between the private/public sectors will get us out of this crisis
If you’re looking for quickness and speed, the government isn’t your dance partner, Bardis said, “but if you’re looking for power and getting it ultimately right with remarkable force, the government with industry combined is really rather remarkable. I suspect out of this lesson we’re going to get that.”
Industry isn’t going to want to see the country get back into this kind of problem again, where the economy gets shut down and people can’t work. “I think that what will likely come out of this is good old American ingenuity backed by a government that’s willing to support private/public sector partnerships to get it done. I think what will come out of it is remarkable, but it doesn’t mean that we’re out of the pain, if that makes any sense.”