September 10, 2021 – University Hospital’s (Augusta, GA) board has approved an affiliation agreement to merge with Piedmont Healthcare, according to the Augusta Chronicle.

The affiliation agreement closely matches a Letter of Intent already approved by University’s board in May that spelled out many of the particulars of the deal.

The agreement would result in more than $1 billion of investment by Piedmont into the hospital and Augusta, while retaining the local board and local control, CEO Jim Davis said.

The agreement includes $990 million in capital invested over 10 years, not including $50 million set aside just to integrate the electronic health records (EHRs) and IT systems of University into Piedmont’s larger system.

Much of the massive capital injection will be devoted to a large Master Plan to upgrade and renovate the facilities, including around $200 million to add three new floors to the Heart & Vascular Institute and major overhauls to the more than 50-year-old main hospital building, the Augusta Chronicle reported.

Piedmont will also invest $2 million a year for 10 years in initiatives to address health care problems in the community, such as supporting clinics and addressing larger problems such as food deserts.

The transaction is currently expected to close in early 2022. 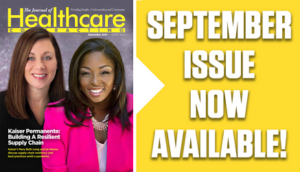