Editor’s note: Where do JHC’s past Contracting Professionals of the Year go? Up. We are checking in with the people we’ve recognized since 2007. This month: Brent Petty. 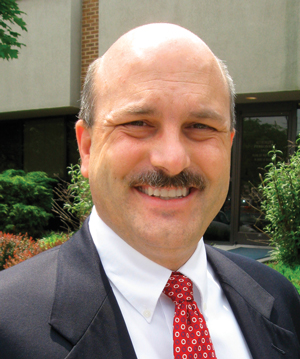 Brent Petty was named “Contracting Professional of the Year” by the Journal of Healthcare Contracting in February 2010. One month later, President Obama signed into law the Patient Protection and Affordable Care Act.

“Quite honestly, nobody knew what the ACA meant operationally, that is, day to day in the hospital,” says Petty, who is executive industry consultant, global healthcare team, for Lexmark. But one thing was clear: If healthcare was to be affordable, its cost had to come down.

“Our administrators looked at us and asked, ‘How are we going to meet the three goals – quality, cost per capita and patient satisfaction?” he says. Supply chain became a key part of the formula. “Even though we don’t control all those areas, we do influence them,” he says. “We act as the ‘maestro’ in that we work at the intersection of cost, quality and outcome.”

Petty managed shoe stores for the now-defunct Kinney Shoe Corp. prior to joining Community Health Systems. In 2001, he accepted a position as director of materials at Holston Valley Medical Center in Kingsport, Tennessee, which was Wellmont Health System’s largest facility, and in 2006 was named corporate director of supply chain. In 2010 – the year he was named Contracting Professional of the Year – he was corporate supply chain director at Wellmont Health System, later to become the system vice president.

He joined Lexmark in 2015 as the company was building a healthcare team to help customers improve the patient experience of care and the health of populations, and reduce the per capita cost of healthcare. “Lexmark accomplishes this with healthcare-specific hardware and management solutions that allow providers to concentrate on providing patient care,” he says. In addition to supply chain, the company focuses on healthcare IT and health information management.

He also served as chair of the Association for Healthcare Resource & Materials Management in 2015.

To today’s young supply chain professionals, Petty says “invest in yourself and differentiate yourself from the crowd.” Think seriously about getting a master’s degree, as well as some kind of certification status, such as Certified Materials & Resource Professional, or CMRP, which is designed and administered by the American Hospital Association Certification Center, he says.

One more word of advice: Understand that personal and professional growth can’t be rushed. Only through experience can young professionals improve their ability to engage with employees, understand processes and learn how to be part of a team.

“Young people want to change the world, and my hat’s off to them,” he says. “But they want to do it in a hurry. To them I say, ‘Don’t rush it. Get your experience. You will become much more valuable to prospective employers.”