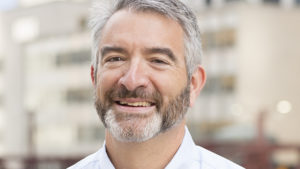 Capital equipment purchasing can be a painful process – for providers and suppliers. Sometimes it’s difficult to know how many projects are pending at one time, or what the status is of each. What’s the budget? Have the clinicians decided whose equipment they want? Are they open to alternatives?

Meanwhile, vendors struggle to identify the decision maker, and at what point the provider is in the acquisition process. They would benefit by knowing which projects are pending, and which have already been closed. But that information is difficult to get.

All that pain adds up to a lot of wasted effort, cost and missed opportunities. In fact, as much as 50 percent of the price of a piece of capital equipment can be the vendor’s SG&A, says Michael Fineberg, CEO of OpenMarkets, a Chicago-based supplier of capital equipment transaction software. Transparency and automation in the capital equipment acquisition process can reduce that amount significantly.

Fineberg has seen it before. As chief technology officer of SurePayroll for 15 years, he helped automate and put on the Web what had been a labor-intensive – and needlessly expensive – process.

“Think about your own paycheck in 2000,” he says. “There were no web-based systems.” Instead, employers were using mainframe technology; the entry points were phone, fax and spreadsheets. And many employers were saying, “The way we did things in 1975 is perfectly fine.

“But I challenge you to find a paycheck today that doesn’t involve the Web.”

Every day, Fineberg is struck by the similarities between payroll and supply chain. “These are not glory functions; they are recovery functions. And just like payroll, does anybody thank the head of supply chain for buying what they were supposed to buy at the right time?”

Transparency
Web-based technology enables transparency, says Fineberg. And with transparency comes efficiency. “Human instinct may say, ‘Let’s keep things secret,’” he says. “But the more you can open up, the more understanding you can build.”

By sharing data – a task made easier via the Internet – vendors and providers can structure long-term agreements that benefit both. That’s because vendors know exactly what the provider’s equipment needs are, and the provider can view its many options, including qualified vendors, equipment types and pricing.

“Transparency and data-sharing may at first seem like terrible ideas. We have built a culture where we think, ‘If I know something you don’t know, I have the advantage.’ But I don’t think that’s real. Smart buyers are saying to suppliers, ‘I can’t pretend to know what you know; all I can do is compare. Another supplier’s equipment seems to be just as good as yours, but it’s 20 percent cheaper. Why should I pay for that?’

“If we have the courage to be transparent, ultimately, we’ll all be better. It’s the ultimate win/win.”

The way OpenMarkets CEO Michael Fineberg sees it, providers and suppliers each have their own set of pain points when it comes to transactions involving capital equipment.

For the provider, they are:

Meanwhile, suppliers have their own pain points, namely:

Transparency can ease the pain for both, he says.