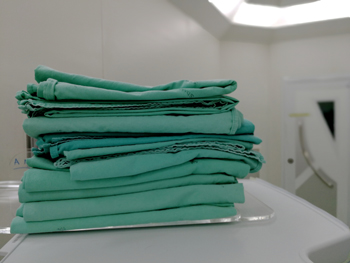 In late January 2020, Cardinal Health informed customers of a voluntary recall for the surgical gowns produced by a contract manufacturer after “discovering that some gowns were produced in unapproved locations that did not maintain proper environmental conditions as required by law, were not registered with the U.S. Food and Drug Administration (FDA) and were not qualified by Cardinal Health.”

Upon learning of the issue, Cardinal Health said it initiated an investigation, quarantined the gowns, placed a hold on distribution of the gowns and started communicating with customers to ensure that the affected gowns were removed from use.

“Based on the information we had, we determined it was necessary to proactively issue a hold for AAMI Level 3 surgical gowns produced by a contract manufacturer since September 2018,” the distributor said in a release. “Those gowns are now subject to this voluntary recall.”

Of the 9.1 million gowns included in this recall, 7.7 million units were distributed to 2,807 facilities, Cardinal said, and 1.4 million were produced but not distributed.

“To help address recall-related supply shortages, we have increased our own production of similar products and our employees have been working to identify alternative products,” Cardinal said. “In many cases, we have been working with industry partners who offer competing products. We are also offering AAMI Level 4 Gowns to help bridge the supply gap.”

“The top priority for hospitals and health systems is the safety and well-being of their patients,” said Tom Nickels, executive vice president, American Hospital Association. “The AHA urges the FDA and Cardinal Health to continue to provide more information and instructions for hospitals and health systems in order to address their concerns about the impact this issue could have on their ability to provide care to patients. We have also encouraged member hospitals to notify the FDA about potential or actual supply issues.”

Cardinal said in a release its top priority is the safety of patients and healthcare workers. “We apologize for the hardship caused by the recall and are doing everything we can to help resolve this issue for our customers and the patients they serve.”