Medicare reimbursement to dip for many tests

The Centers for Medicare and Medicaid Services released its final rates for the Clinical Laboratory Fee Schedule in November, as part of the Protecting Access to Medicare Act (PAMA). The new schedule – which was to become effective Jan. 1 – is an attempt to bring the rates that Medicare pays for lab tests closer to the rates paid by private payers. (In other words, down.) If there’s good news, it’s that reimbursement for any test may be cut no more than 10 percent in years 1, 2 and 3, or 15 percent per year for the following three years.

Payment rates under the revised Clinical Laboratory Fee Schedule will be updated to reflect market rates paid by private payers every three years for most tests, according to CMS. 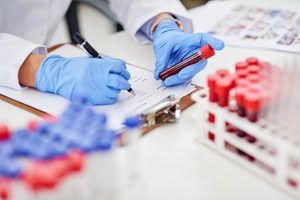 Mark Zacur of Fisher Health Care points out that even though the Protecting Access to Medicare Act (PAMA) isn’t “new news,” interest among the company’s customers was relatively light until the latter part of 2017. That’s when the headlines and the reality of PAMA caught up with them. “They’re looking at it and saying, ‘Here’s another revenue stream that might take a hit. How are we going to make it up?’”

Their concerns are justified, he adds.

“Any time reimbursement dollars are taken out of the system, providers have less money to invest in their facilities, care delivery and, ultimately, in the population they serve. There is a fear that these cuts could expand over time, and that private insurers will get on the bandwagon and cut their rates further as well. For manufacturers and distributors, this would present more price pressure in a market that is already under intense pressure.”

By design, PAMA targets high-volume tests, says Zacur. “It’s a classic 80/20. Out of hundreds of tests, the top 25 or so account for about 60 percent of reimbursement.” Together, just five often-used tests – thyroid panels, metabolic panels, CBCs, vitamin D and A1c – accounted for more than 120 billion claims worth about $2 billion in 2016.

Overall, the Centers for Medicare & Medicaid Services expects that PAMA will reduce reimbursement for lab testing by about 35 percent over time, he points out. “That’s a lot of money coming out of the system.” That said, roughly 10 percent of tests could see increases in Medicare reimbursement, including molecular-based tests, and some esoteric or emerging tests.

Zacur believes that because they enjoy a fairly broad revenue base, integrated delivery networks, or IDNs, may not feel the impact of PAMA as keenly as reference labs. Nor does he think that IDNs – in an effort to cut costs – will try to bring into a central lab much of the testing currently being done at the physician offices they own. “I don’t expect a huge impact here,” he says. “Onsite testing is about convenience. It’s about the patient leaving the setting with test results and a treatment protocol in their pocket.” That convenience and patient-satisfaction factor will probably outweigh any financial or operational gains the IDN might realize by centralizing testing.

Among reference labs, large ones should do better than small ones, given their economies of scale, says Zacur. Still, Medicare accounts for roughly 10 percent of the total test volume in the two largest labs, and PAMA could result in a 1 percent or greater revenue decline for each of the first three years. “It likely won’t force established labs to shut down, but even a 1 percent decline can be significant in this industry.”

Zacur hopes that, in the end, PAMA will have a positive impact on providers, distributors and the health system at large. “Many labs provide guidance to practitioners about which tests to run versus which not to run. I would expect that to accelerate. Companies that specialize in diagnostics can help buyers identify products that best meet the needs of the IDN.” In some cases, that might mean nudging large customers toward test standardization across the system. In others, it might mean improving test accuracy.

“Ultimately, all this will lower costs throughout the healthcare network and hopefully enable the providers to achieve better outcomes.