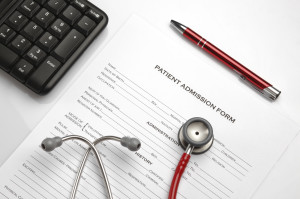 Choosing Wisely is an effort to educate physicians and patients about commonly used tests and procedures that are often overused or misused, that make little or no difference in treatment or outcomes, and that can – in some cases – cause harm to patients, says Douglas Wood, MD, chief of the Division of Cardiothoracic Surgery, UW Medicine, Seattle, Wash., and immediate past president of the Society of Thoracic Surgeons.

“For example, in many practices, it became commonplace for patients undergoing major surgery to routinely get cardiac stress testing,” he says. Some surgeons also saw it as a way to protect themselves against potential medical liability.

Now, surgeons have a legitimate desire to identify patients who might have cardiac disease, and for whom pre-op stress testing is beneficial, says Wood. “But in the absence of signs, symptoms or findings of cardiac disease, it isn’t useful. It doesn’t change outcomes; it does not reliably help the surgeon identify disease that calls for intervention. In fact, it may have the counter effect of identifying things that result in further testing or invasive procedures that may result in harm.”

Choosing Wisely can help shape physicians’ behavior, he says. One way is through peer pressure. “Instead of feeling like everyone around you is doing this test in this clinical scenario, it empowers the physician to question it. They can think about being better stewards of resource management, and being more thoughtful about what they’re putting patients through.”

But education is a two-way street, he says. Physicians’ activities are often driven by the expectations of their patients, who might expect or demand certain tests or procedures as a matter of course.

“Part of Choosing Wisely is to elevate the dialogue between patients and doctors,” he says. “It’s a means of empowering and educating patients, and creating opportunities for discussion, so patients can make more informed decisions. It allows patients and physicians to say, ‘We have some evidence that, in this situation, this extra procedure or test may not help, and may cause harm.’

“We shouldn’t be doing tests simply because we can’t think of a reason why not to,” says Wood. “Our country can’t afford to do that – which may be part of the reason our healthcare system is more expensive that that of any other country.

“But it also hurts patients. Doing tests is not benign. That’s one thing patients and physicians don’t understand. They may think, ‘There’s no consequence of doing this CT scan or pulmonary function test.’ The problem is, tests that aren’t indicated can often uncover unimportant things that lead to further testing, some of which may be invasive and result in harm.

“We always ought to ask, ‘Is there a good reason to do this test?’ I always ask our residents and fellows that question. I ask them what they intend to do with the result. If we think things through, we will be more thoughtful about the tests we order. We will help expose patients to fewer unnecessary procedures, and we will use our healthcare resources better.”

Changing long-standing practices doesn’t happen overnight, says Wood. “I don’t think our work is ever done trying to figure out how we can use evidence-based medicine to correctly inform patients and to make thoughtful choices about what is useful in a medical evaluation and what is not. I think this is just the beginning. It’s a great start to a conversation among physicians, and between physicians and their patients.”

Source: Choosing Wisely, an initiative of the ABIM Foundation,
http://www.choosingwisely.org/wp-content/uploads/2013/02/Choosing-Wisely-Master-List.pdf

Colon cancer incidence rates have dropped 30 percent in the United States in the last 10 years among adults 50 and older, primarily due to the widespread uptake of colonoscopy, with the largest decrease in people over age 65, the American Cancer Society recently reported. Colonoscopy use has almost tripled among adults ages 50 to 75, from 19 percent in 2000 to 55 percent in 2010.

The findings come from Colorectal Cancer Statistics, 2014, published in the March/April issue of CA: A Cancer Journal for Clinicians. The article and a companion report, Colorectal Cancer Facts & Figures, were released by American Cancer Society researchers as part of an initiative by the National Colorectal Cancer Roundtable to increase screening rates to 80 percent by 2018.

Colorectal cancer, commonly called colon cancer, is the third most common cancer and the third leading cause of cancer death in men and women in the United States, according to the Society. Its slow growth from precancerous polyp to invasive cancer provides a rare opportunity to prevent cancer through the detection and removal of precancerous growths. Screening also allows early detection of cancer, when treatment is more successful. As a result, screening reduces colorectal cancer mortality both by decreasing the incidence of disease and by increasing the likelihood of survival.

Using incidence data from the National Cancer Institute’s Surveillance, Epidemiology, and End Results (SEER) program and the Centers for Disease Control and Prevention’s National Program of Cancer Registries, as provided by the North American Association of Central Cancer Registries (NAACCR), researchers found that during the most recent decade of data (2001 to 2010), overall incidence rates decreased by an average of 3.4 percent per year. However, trends vary substantially by age. Rates declined by 3.9 percent per year among adults aged 50 years and older, but increased by 1.1 percent per year among men and women younger than 50. That increase was confined to tumors in the distal colon and rectum, patterns for which a rise in obesity and emergence of unfavorable dietary patterns has been implicated.

Most strikingly, the rate of decline has surged among those 65 and older, with the decline accelerating from 3.6 percent per year during 2001-2008 to 7.2 percent per year during 2008-2010. The larger declines among Medicare-eligible seniors likely reflect higher rates of screening because of universal insurance coverage, the authors write. In 2010, 55 percent of adults aged 50 to 64 years reported having undergone a recent colorectal cancer screening test, compared with 64 percent of those aged 65 years and older. 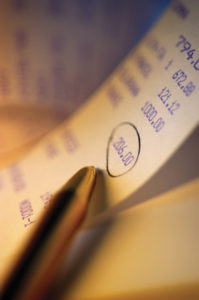 How much should a consumer expect to pay for a facelift? Somewhere between $6,000 and $15,000, including an anesthesia fee of $1,000 to $1,300, and a hospital fee of $500 to $2,000, plus surgeon. That’s according to CostHelper.com, one of a number of comparative-pricing guidelines that consumers can consult prior to receiving treatment.

Transparency in medical pricing is here. Leading the charge is the Centers for Medicare & Medicaid Services. The agency releases data that summarize the utilization and payments for procedures and services provided to Medicare fee-for service beneficiaries by specific inpatient and outpatient hospitals, physicians, and other suppliers. The Medicare Provider Utilization and Payment Data set includes information for the 100 most common inpatient services, 30 common outpatient services, and all physician and other supplier procedures and services performed on 11 or more Medicare beneficiaries.

But CMS isn’t the only one trying to shed some light on healthcare prices. A number of private, Internet-based companies are doing the same.

Price transparency products on the market today show significant evolution, according to a 2013 report by Catalyst for Payment Reform. Still, health plans and vendors have much work to do to help consumers understand cost and quality differences, and which choices bring the best overall value according to their preferences.

Here’s a look at three price transparency products on the market today.

Editor’s Note: To view the 2013 report, “The State of the Art of Price Transparency Tools and Solutions” from Catalyst for Payment Reform,” go to
http://www.catalyzepaymentreform.org/images/documents/stateoftheart.pdf.