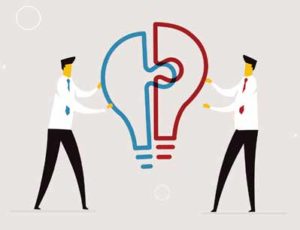 Consolidated service centers are no fad, says supply chain consultant Jamie Kowalski. They may not be for everybody, and they shouldn’t be attempted without analysis, planning and upper-level support. But for the right system, with the right resources and support, they are worth the effort.

This summer, Kowalski, of Jamie C. Kowalski Consulting, LLC, Milwaukee, Wis.; and PerformanSC Supply Chain Ltd, Dublin, Ireland, published the third edition of their research of healthcare providers that use a consolidated service center model for their supply chain and other support services. (The previous studies were published in 2012 and 2014). TECSYS Healthcare sponsored the latest edition.

“Over the three surveys, we have worked with provider supply chain executives to identify a clearer picture of the supply chain transformation that is taking place in the industry,” says Kowalski. “During that time the number of identified health systems with a CSC has risen from 30 to over 60, demonstrating both feasibility and sustainability of the model.”

The right fit
Setting up a CSC isn’t rocket science, says Kowalski. Still, it should only be pursued by those that have the right situation. “It’s not a good fit for everybody.”

For example, very small hospital systems or IDNs probably can’t support a CSC because they lack scale and volume. Neither can those whose facilities are dispersed across a very large geography (though there are exceptions).

“Fit actually transcends supply chain,” he says. A CSC might falter in a corporate culture that is completely risk-averse or that lacks the discipline to execute the model – which will require change. Nor will it work without someone at the executive level who expects the CSC to be good for the system, and who expects everyone to support the effort.

“[But] most of the more recently developed CSCs are actually expanding as we speak,” he adds.

Management challenge
Those embarking on a CSC model must recognize that CSC operations are bigger than the typical hospital storeroom. And with size comes complexity. That, in turn, presents management challenges.

Supply chain executives contemplating building a CSC should visit sites that are operating, to research and learn from their experience, he says. That’s the only way to find out about the landmines they might encounter and what successes they can replicate.

Nor are CSCs irreversible, says Kowalski. “If they fail, you can go back to a distributor model, find someone who wants to buy your building, or run out the lease or pay it off. A change in CEO or CFO might call into question the CSC model, even if it is performing well. The culture and philosophy of the new executives might be to only retain those operations that are – as they believe them to be – “core competencies.” But for those providers with the ‘right stuff,’ this model has resulted in compelling financial and operational benefits. And that is usually what CEOs and CFOs like to see.”

ROI
The payoff of a successfully run CSC comes largely from savings, says Kowalski. “Even if it’s only 2 percent, saving 2 percent of $400 million is a lot of money. If you save 4 percent, even better.” Those savings can be realized by the ability to leverage volume, buy in bulk, and reduce distribution costs by minimizing points of delivery for the supplier (to the CSC rather than all the care sites). “And you can investigate whether investments in automation can make you that much more efficient and productive,” he adds.

“One hundred percent of those operating a CSC stated they would go through the effort again,” says Kowalski. “They also learned that it is critical to have everything planned and to follow that plan.” The right sequence of events and activities is critical for success.

Most CSCs report that they have decided to maintain some relationship with a distributor, says Kowalski. This would include the distributor handling selected categories of products, and serving as an emergency backup source. They also can use the knowledge of the distributor’s prices as a benchmark for the prices available to the CSC. But many CSCs choose to self-distribute.

The role a GPO might play is similar to that of a distributor, Kowalski adds. “A CSC might decide to use a GPO to be the source of contracts and prices for categories of products – commodities or drugs – that the CSC prefers to not handle itself. Many CSCs choose to completely self-contract.

“Based on the findings of the three surveys, the trend appears to show that growth will continue at a fairly rapid pace, at least for the next 10+ years,” he says. “Of course, the consolidated, centralized, standardized supply chain model that a CSC represents might mimic what happens in corporations: They centralize for a time, then de-centralize; they grow and contract, and repeat the process every X years.”