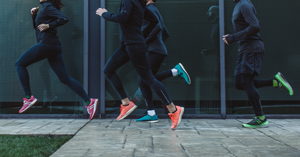 Women of all ages may benefit from annual screening for urinary incontinence, according to a new guideline adopted by the Women’s Preventive Services Initiative (WPSI). The guideline recommends doctors screen women beginning in adolescence to find whether they experience urinary incontinence and how it affects their activities and quality of life, says an August article published in the Annals of Internal Medicine.

Urinary incontinence affects an estimated 51 percent of women and increases in prevalence with age, ranging from 13 percent in young women who have never been pregnant, to 47 percent in middle-age women, to 75 percent in older women, according to the article. These rates are twice those reported in men.

The WPSI maintains that screening has the potential to detect urinary incontinence in many women who fail to report it due to factors like embarrassment or stigma. Screenings, which can be clinician- or self-administered, should include questions about whether a woman has symptoms of urinary incontinence; the type and degree of incontinence; and how symptoms affect her health, function and quality of life, the article says.

The American College of Obstetricians and Gynecologists (ACOG) launched the WPSI in 2016. Through a five-year cooperative agreement with the U.S. Department of Health and Human Services, Health Resources and Services Administration (HRSA), ACOG is engaging a coalition of national health professional organizations and consumer and patient advocates with expertise in women’s health across the lifespan to develop, review, and update recommendations for women’s preventive healthcare services

You’ve got the meats!

If you’ve abandoned red meat in an attempt to stay healthy, you may be able to enjoy it again. A June study in The American Journal of Clinical Nutrition shows a Mediterranean-style diet that includes some lean unprocessed red meat could help adults manage their weight.

The Mediterranean Pattern diet – which includes components such as eating plant-based foods, substituting olive oil for butter, and using herbs and spices rather than salt for flavor – has been in style for some time. But researchers at Purdue University and the University of Texas noticed that even though health agencies encourage Americans to lower their red meat intake, past studies indicated that the Mediterranean diet might still lead to benefits – like decreased risk for type 2 diabetes – even in people who eat red meats.

So they decided to test those findings. Through a randomized trial with 41 people, the researchers found that participants, who were overweight or obese, lost weight when they ate a Mediterranean Pattern diet with lean unprocessed red meats.

“No one’s arguing for fat-marbled meats, processed meats or meats chargrilled to a crisp in the barbecue,” Amby Burfoot writes in a Washington Post article on the study. “But modest amounts of lean, unprocessed red meat don’t appear to have major health risks. At least not if consumed within a Mediterranean diet framework that includes lots of fruit, vegetables, whole grains, fish and olive oil.”

Some hope for MS

The findings were published in July in Nature Methods. Read about it in an article from the National Institutes of Health, which funded the study.

Other NIH-supported research shows that early-pregnancy blood tests may help identify women at risk for gestational diabetes. The condition occurs during pregnancy when blood sugar levels rise too high, and it increases the mother’s chances of developing other health issues down the line, like high blood pressure disorders of pregnancy and type 2 diabetes later in life.

Researchers used the HbA1c (or A1C) blood test, which is used to diagnose type 2 diabetes, for the study. They analyzed test records, taken from the National Institute of Child Health and Human Development Fetal Growth Study, of 107 women who later developed gestational diabetes and 214 women who didn’t.

“Our results suggest that the HbA1c test potentially could help identify women at risk for gestational diabetes early in pregnancy, when lifestyle changes may be more effective in reducing their risk,” said Cuilin Zhang, the study’s senior author.

The findings were published in Nature Scientific Reports. Read about it in this NIH article.

Nothing to hit but the heights

Virtual reality may help people overcome their fear of heights. The findings, published in July in The Lancet, mean that with further research, virtual reality could be used as an affordable tool for mental health treatment.

The research team at the University of Oxford studied a sample of 100 adults who scored more than 29 on the Heights Interpretation Questionnaire. Forty-nine of those people then underwent the experimental treatment, a virtual reality program that had participants accompany a “virtual coach” (named Nic) through a 10-story office building where they completed a series of tasks. These tasks, which included things like rescuing a cat from a tree and playing a xylophone near the edge of the floor, became more difficult as users progressed through the program.

All of the virtual reality participants reported a reduction in fear of heights following the treatment, and by the time researchers followed up, 34 of those participants (69 percent of the group) fell below the entry criterion on the HIQ, compared with none in the control group.

Read the full study here, and a University of Oxford article about it here.

Researchers at Iowa State University surveyed 1,028 adults about their experiences with physical education during primary and secondary school and their exercise habits today. They found that survey participants who enjoyed gym class when they were younger were more likely to exercise now – and enjoy it – than participants who didn’t like gym class.

The reasons participants didn’t enjoy gym class most often had to do with embarrassment, whether from being chosen last for sports teams or from being made to feel incompetent by PE teachers or classmates. On the flip side, the people who enjoyed gym class often enjoyed the activities and the opportunities to spend time with peers.

While the results show correlation, not causation – it could be that nonathletic students didn’t enjoy gym class – the study authors believe PE teachers could learn from this. Random choosing of teams, for example, could help decrease embarrassment from being the last one picked. And noncompetitive physical activities, like dance or yoga, might help students learn to enjoy exercise more than team sports can.

“It would be great if P.E. classes could teach kids that moving is fun,” lead study author Matthew Ladwig told The New York Times in this article describing the findings, which were published in the Translational Journal of the American
College of Sports Medicine.