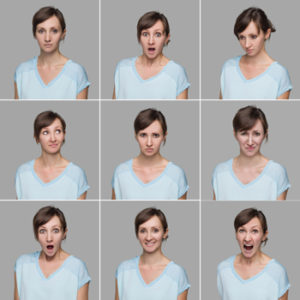 When was the last time you felt inspired? What made you feel that way?

If you’re like most humans, inspiration requires an intense level of emotion.

Research tells us if we want people to act, we have to appeal to their emotions. Neuroscientist Paul Zak researched the physiological impact of emotional stories. He measured the blood of participants before and after he told them an emotional story vs. a flat narrative. Both stories were aimed to get the participants to donate money. The “flat” narrative did not increase oxytocin or cortisol, and participants did not report empathy for the story’s characters. Those who were subject to the emotive story were willing to give 56 percent more money to the cause, which the researchers later revealed as made up. Dr. Zak concluded emotionally engaging narratives inspire post-narrative action.

So what can we learn from Dr. Zak’s experiments? If you want people to act, you can’t just make them think, you have to make them feel.

Fear-based leaders know this, that’s why they why create cultures of fear.  Fear is a feeling that will prompt action. But only short-term action, and only enough action to remove the fear. It’s not sustainable.

The more you can help people see an emotional picture in their mind, the more emotionally engaged they will be. Paint mental pictures of customers you help, the impact of projects you’ve done, or in some cases, the consequences of not doing whatever you need to do. Include names, details, how the other people feel, and the lasting impact you had on them. Telling one emotional story about a specific customer, how they looked and how they felt, is more powerful than saying we helped 10,000 customers this week. An emotional story will sustain people on their worst days because it allows them to connect the dots from what they are doing to who it is impacting.

Let’s say you work in distribution for a plumbing company.

Which sounds more appealing to you, “Our customers are depending on us to get these orders out on time.”

Or “I remember hearing about the Jones family, in Washington. They had six-week-old twins when their basement flooded. The wife, Karen, was really nervous about mold and moisture in their house. They were living in her mom’s basement waiting for their house to be repaired. With both babies and all their stuff in cramped quarters, it put a lot of stress on their family. Because we got the parts there on time, they were back in their home in two weeks, and were confident the home was safe for their children. There are thousands of families like the Joneses who are depending on us to get these materials out on time.”

Which cause are you more interested in, getting parts out on time, or getting the Jones family back into their home?

As a leader, you don’t need to lie, or over exaggerate. You simply need to authentically bring emotion to the front and center of your organization.

We’ve been told not to get emotional at work. Neuroscience has now proven, that’s the worst advice ever.  Emotions drive inspiration.  When you help others feel inspired, it has a ripple effect right back to you.

Lisa Earle McLeod is a leading authority on sales leadership and the author of four provocative books including the bestseller, Selling with Noble Purpose. Companies like Apple, Kimberly-Clark and Pfizer hire her to help them create passionate, purpose-driven sales organization. Her NSP is to help leaders drive revenue and do work that makes them proud.