Jason Shafrin and colleagues at the Innovation and Value Initiative tackle the big questions: Who gets to define ‘value?’ ‘How?’ And ‘How do you reward it?’ 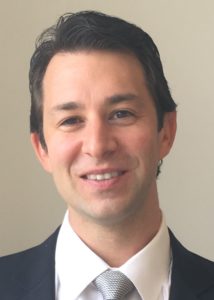 The name says it all: The Innovation and Value Initiative, or IVI. Its founders describe IVI as a multi-stakeholder, scientific initiative to advance the way value is measured and rewarded in the healthcare marketplace.

“The rapid rate of scientific innovation in healthcare has far outpaced innovation in the way we pay for new technologies,” said IVI Executive Director Dr. Darius Lakdawalla, a professor of health economics at the University of Southern California, when IVI was launched in late September. “Nearly all stakeholders now agree that we need new and better ways to link spending to value, but efforts in this area have not been well-grounded in science or in the institutions of the U.S. healthcare marketplace.”

IVI seeks to change that.

Value in the real world
IVI researchers will conduct scientific studies, analyze public policy, and apply what they call state-of-the-art methods to assess value in the real world. Its agenda will be guided by a panel of health advisors, representing academia, healthcare providers, health plans, life sciences industries and patient advocacy groups.

The key to IVI’s success will be how well it can live up to its mission to truly be “multi-stakeholder,” says Director of Research Jason Shafrin. “If we find a research topic that life sciences, payers, providers are all behind and agree on – that’s a pretty powerful thing.” The reason is, what one sector perceives as value, others might not.

With a PhD in health economics, Shafrin has experience consulting with the Centers for Medicare & Medicaid Services, helping CMS implement various Medicare value-based purchasing programs, including programs targeted to hospitals, physicians and home health agencies. Since joining healthcare consulting firm Precision Health Economics (which launched IVI), his emphasis has been on studying ways of measuring the value of new technologies.

“There are a lot of new technologies that are helpful,” says Shafrin. “At the same time, there are many different stakeholders who have differing information; so value depends on who you talk to.

“How do you integrate [those divergent perspectives] into one space? How do you make sure you’re picking treatments that are high quality and high value?

“One study may be more from the hospital’s perspective, another may be generated from the life sciences or payer perspective. The goal is to get everyone at the table to see if [a technology or process] is desirable, and if so, what has to happen to implement it?”

At press time, IVI was preparing for its first meeting in the fall, during which organizers intended to lay out an initial research agenda. Already, IVI scientific leaders have delved into big-picture questions such as, “Are budget caps necessary for technology assessment?” and “How is technology assessed throughout the world?”

Unlike some other organizations, IVI is not interested in a top-down, bureaucratic process for setting prices or measuring value, says Shafrin. Rather, IVI aims to disseminate best practices for measuring value and reimbursing treatments based on this value. “We are looking at balancing innovation and value,” he says. “Some people are really focused on innovation. ‘We really need new technologies.’ But at same time, there has to be high value. So how do we get these two sides to talk to each other?

“There’s general agreement that we want new technology. But we need to be able to afford it. It needs to be of high value. How do we measure that, and how do we pay for it?

“We can help further that conversation.”