FAQs about methicillin-resistant Staphylococcus aureus, put together by the editors of the Journal of Healthcare Contracting, based on information from the Centers for Disease Control and Prevention, the Agency for Healthcare Research and Quality, and the World Health Organization. 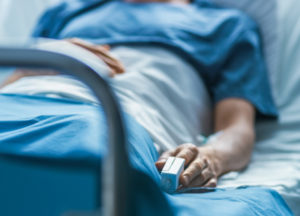 A: Methicillin-resistant Staphylococcus aureus is a staph infection. Staph is a type of bacteria often found on human skin and on surfaces and objects that touch the skin. While the germ does not always harm people, it can get into the bloodstream and cause serious infections, which can lead to sepsis or death.

A: The risk for serious staph infection is greatest when people stay in healthcare facilities or have surgery, when medical devices are placed in their body, when they inject drugs, or when they come into close contact with someone who has staph. To reduce the spread of staph in the community, everyone should keep their hands clean, cover wounds, and avoid sharing items that contact skin, like towels, razors, and needles.

Q: How serious is MRSA?

Q: Just how resistant to antibiotics is MRSA?

Q: Can you be more specific?

A: A 2015 study, published in the Journal of Global Infectious Diseases, reports that more than 95 percent MRSA worldwide do not respond to first-line antibiotics, i.e., amoxicillin, TMP-SMX, or erythromycin. Several studies have reported MRSA resistance to newer antimicrobial agents like linezolid, vancomycin, teicoplanin, and daptomycin. Pandrug-resistance – i.e., resistance to all antibiotics and drugs in present use – cannot be ruled out, noted the researchers.

A: In 2014, the World Health Organization issued a report, “Antimicrobial resistance: Global report on surveillance 2014,” in which researchers wrote, “A post-antibiotic era – in which common infections and minor injuries can kill – far from being an apocalyptic fantasy, is instead a very real possibility for the 21st Century.”

Q: Is there any good news about MRSA?

A: Yes. MRSA bloodstream infections in healthcare settings decreased in the United States by approximately 17 percent each year between 2005 and 2012, according to electronic health record data from more than 400 acute care hospitals and population-based surveillance data from CDC’s Emerging Infections Program. But …

A: These reductions have recently started to stall. The CDC report showed an almost 4 percent increase in MSSA infections that started outside of a healthcare setting each year from 2012 to 2017. The rise in staph infections in the community may be linked to the opioid crisis. As reported by CDC last year, 9 percent of all serious staph infections in 2016 occurred among people who inject drugs – up from 4 percent in 2011. To decrease staph infections in people who inject drugs, healthcare providers should link patients to drug-addiction treatment services and provide information on safe injection practices, wound care, and how to recognize early signs of infection.

Q: Are hospitals having any success dealing with MRSA?

A: The U.S. Department of Veterans Affairs medical centers reduced staph infections by 43 percent between 2005 and 2017 by implementing a multifaceted MRSA prevention program. The program included MRSA screening, use of Contact Precautions, and an increased emphasis on hand hygiene and other infection prevention strategies.

Q: In February, the Agency for Healthcare Research and Quality (AHRQ) reported on research about reductions in post-hospital MRSA infections. What’s that about?

A: The study – known as Project CLEAR (Changing Lives by Eradicating Antibiotic Resistance) – was published February 14 by the New England Journal of Medicine, and included more than 2,000 patients with MRSA who were discharged from Southern California hospitals between 2011 and 2014. Patients in one group received an educational binder with recommendations for preventing infections via personal hygiene, laundry, and household cleaning. A second group received the same educational materials, but for six months also took steps to remove MRSA from their skin and noses with chlorhexidine antiseptic for bathing, chlorhexidine mouthwash, and the nasal antibiotic ointment mupirocin. Participants in the second group who followed the treatment completely had a 44 percent reduction in MRSA infections and a 40 percent reduction in all infections.

Q: One month later, in March, the National Institutes of Health reported on another study regarding MRSA among hospital patients. What happened?

A: The ABATE (Active Bathing to Eliminate) Infection trial, the results of which were published in The Lancet, involved about 330,000 adult patients in non-intensive-care units in the HCA Healthcare system. The trial evaluated whether daily bathing with the antiseptic soap chlorhexidine (CHG) – and in those patients with MRSA, adding the nasal antibiotic mupirocin – more effectively reduced hospital-acquired bacterial infections than bathing with ordinary soap and water. While no statistically significant difference between the two intervention groups was seen within the population overall, the researchers did find that one subset of patients – those with medical devices (e.g., central venous catheters or lumbar drains) – experienced a substantial benefit if they received the CHG/mupirocin intervention. Among that subset of patients, investigators recorded a 30 percent decrease in bloodstream infections and a nearly 40 percent decrease in antibiotic-resistant bacteria, including MRSA and vancomycin-resistant enterococcus (VRE), compared to rates seen in similar patients in the standard bathing arm of the trial.

Q: Are patients with medical devices, such as central venous catheters or lumbar drains, especially susceptible to MRSA?

A: Yes. In the ABATE trial, although they represented only 12 percent of the total non-ICU patient population, patients such as these accounted for 37 percent of MRSA and VRE clinical cultures and more than half of all bloodstream infections.