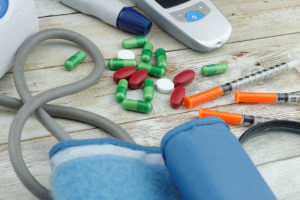 Patients have a new oral option to treat their type 2 diabetes. Rybelsus® (semaglutide) is the first glucagon-like peptide (GLP-1) receptor protein treatment approved for use in the United States that does not need to be injected. The approval of Rybelsus was granted to Novo Nordisk in September.

Until now, GLP-1s have only been available as injectables, said Louis H. Philipson, M.D., PhD, FACP, president of medicine & science at the American Diabetes Association and the director of the Kovler Diabetes Center at the University of Chicago, where he is also the James C. Tyree Professor of Diabetes Research and Care in the departments of Medicine and Pediatrics. “The impact of [Rybelsus] could be very high, if it is as effective as other GLP-1 agonists,” he told JHC. And early indications are, it is. “This could really change the game.”

In placebo-controlled studies, Rybelsus as a stand-alone therapy resulted in a significant reduction in blood sugar (hemoglobin A1c) compared with placebo, said the FDA.

More than 30 million Americans (about one in 10) have diabetes, and 90% to 95% of them have type 2 diabetes, according to the Centers for Disease Control and Prevention. Type 2 diabetes most often develops in people over age 45, but more and more children, teens, and young adults are also developing it. Type 2 diabetes occurs when the pancreas cannot make enough insulin to keep blood sugar at normal levels.

Some people with type 2 diabetes can achieve their target blood sugar levels with diet and exercise, while many others take medications, including metformin (often the first drug of choice), SGLT2 (sodium-glucose cotransporter 2 ) inhibitors, GLP-1 agonists and insulin.

GLP-1, which is a normal body hormone, is often found in insufficient levels in type 2 diabetes patients, says the FDA. Rybelsus slows digestion, prevents the liver from making too much sugar, and helps the pancreas produce more insulin when needed.

“Recent studies have shown GLP-1 agonists achieve positive insulin secretion; can induce weight loss, which tends to be a good thing for many people with type 2 diabetes; and may have a positive effect on heart disease,” said Philipson. “So we’re in a very new space in the diabetes world. Now we have two classes of drugs for people with type 2 diabetes that are considered beneficial for heart disease and weight loss – GLP1 agonists  and SGLT2 inhibitors.

Rybelsus® will be competitively priced within the GLP-1 category, a Novo Nordisk spokesperson told Repertoire. “Novo Nordisk is committed to working with health insurance companies and pharmacy benefit managers to ensure broad coverage and patient access for Rybelsus. In addition, a comprehensive Rybelsus savings card program will be available to reduce copays for eligible commercially insured patients.”

Rybelsus is approved for once-daily use in two therapeutic doses, 7 mg and 14 mg, and will be available in the U.S. beginning in Q4 2019, according to Novo Nordisk. The FDA is still reviewing Novo Nordisk’s new drug application (NDA) for Rybelsus seeking an additional indication to reduce the risk of major adverse cardiovascular events, such as heart attack, stroke, or cardiovascular death, in adults with type 2 diabetes and established cardiovascular disease. The manufacturer expects a decision in Q1 2020.