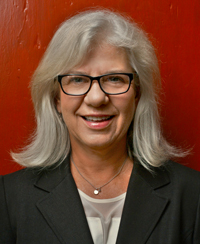 The bigger the organization, the bigger the challenge of effecting change. Unlike standalone facilities or small IDNs, multistate healthcare systems bring more voices to the table, each with their own opinions, preferences and interpretation of facts. To be heard, one needs to speak forcefully, clearly, simply and reasonably. A skilled, respected leader is needed to bring those many voices together.

Why shouldn’t that person be a supply chain executive?

“There used to be a saying among supply chain personnel that if we were doing a good job, clinicians wouldn’t even know we were there,” says Kathryn Carpenter, vice president of clinical strategy for Catholic Health Initiatives Supply Chain, based in Denver, Colorado. “As long as everyone got what they wanted, there would be no controversy.

“Now, case margins have become extremely tight, and hospital systems are struggling. Supply chain has a responsibility to be front and center in discussions of quality, patient outcomes and financial margin.” That’s exactly where Carpenter finds herself – front and center.

With more than 100 hospitals in 18 states, CHI is a diverse system, comprising large academic medical centers in large urban areas, as well as dozens of critical access facilities, each with different stressors and patient needs.

Street cred
Carpenter was a practicing RN for more than 30 years, most of them in the “heart of the hospital,” that is, the OR. She also worked in the cardiac ICU, “so I certainly have an appreciation for how important product availability is for intense practice areas.”

During her years on the front lines, supply chain was not what she woke up thinking about. “As a clinician I had very little pricing knowledge. Savings was always an idea, but not a priority.

“I never gave a thought to how products got on the shelf, but I experienced the disruption that occurs when any product change was not communicated to me. Even a change in packaging for commodity products felt like a safety issue. Was this the same product I used yesterday or not?

“To that end, I was quite dissatisfied as a nurse when a product change would occur and I had no knowledge of the rationale for it, nor had I been asked to be part of the decision.”

In 2010, Carpenter left OR nursing to join the materials management team at St. Agnes Hospital in Baltimore. It was a leap of faith, she says. She learned quickly what it meant to be on what physicians sometimes call “the dark side.”

“It was a grave responsibility to make sure that every single product – and there were thousands – was on the shelf and available if a patient needed it,” she says. “In addition, it was important to have exactly the right quantity there – enough, but not too much.

“It sounds simple now, but without much direction or data infrastructure, it was a daunting task. The most immediate difference was that product descriptions made no difference. It was the product code language that mattered. There was very little oversight of my work, and the ERP system was complicated.”

From her new vantage point in supply chain, Carpenter got a different perspective on sales reps. “As a clinician, the reps were quite helpful during procedures, but as a materials manager, they were salesmen.”

She also got a close-up look at pricing, something she had had very little to do with as a clinician. “As a materials manager, one sees the cost of each product, and that can be sobering. Together with managing inventory, cost and savings became the paramount concern. It was a priority for me to educate the clinicians on just how much these products were costing the institution. It was a powerful tool that allowed me to start to change behavior.”

“All new product introductions would come through the critical products manager, who as a clinical person would be able to communicate with the nurses and physicians on a peer level rather than having inventory managers without clinical backgrounds make supply changes,” she says. The critical products managers were also responsible for implementing at the facility level all national contract changes that involved highly sensitive clinical touches. “As the role evolved, it became a pivotal point for communication in both directions, that is, product feedback was relayed back to the national team as well.

“The conception of this idea – that nurses would relay change management messages to physicians and nurses – bridged a gap that had not been addressed before. The fact that I had worked in their shoes was an instant source of trust, which allowed change to go forward a bit more easily.”

“The vision and mission of this role is to provide the link at a national level between cost savings change and clinical practice change,” she says.

“Each healthcare facility has a comprehensive view that exists in a small space. Each facility will say that their patients have special needs, that they have special financial and reimbursement needs, that they have staffing constraints that are unique.” In her role as vice president of clinical strategy, Carpenter brings the perspective of the entire system “to illustrate that we are not all that different, and that behaving in different ways costs us a great deal.”

Local committees had succeeded in making local clinicians aware of cost, which continues to be the No. 1 thing physicians ask for when engaging supply chain, she says But regional leaders don’t always control costs well because they are rightly concerned about revenue and volume, and they sign contracts that ultimately tie them to margin-negative cases, she says. “Local facilities are often saddled with limitations in analytics to support that work. They are also subject to marketing campaigns, and they may leap to be the first in the market with a product that may or may not actually help patients at a cost premium. The national supply chain perspective and national data analytic capability can help in these decisions.”

For the future
Every system will need to address how communication with practitioners occurs in a more sophisticated way, says Carpenter. “I happen to think this clinical strategy model is here to stay for this reason: Many executives and supply chain people are afraid to talk with physicians about products, margin and cost. Often physicians are hesitant to address their colleague’s product choice, even if it is more expensive. If the supply chain can create that conversation by bringing data, clinical evidence and the authenticity that nurses provide in this role, we will be able to create change on a large scale.

“Physicians read the Wall Street Journal too, and they are becoming increasingly interested in the business side of medicine,” she continues. “They are stakeholders in the decisions around the practice of medicine, and they need to be invited to the conversation. As the practice of medicine becomes more technical and less invasive, supply chain will need to offer a strategy for financial success that involves the total picture of an episode of care. The cost, the revenue, the correct utilization and the applications of criteria for the correct patient become the pieces of our decision-making. The more complex administering healthcare becomes, the more collaborative supply chain will need to be with our physicians.

“As systems merge, as suppliers merge, as payers merge, it will be imperative that we set up processes and functional teams with our physicians and nurses. The larger we become, the more crucial it will be to create result-oriented conversations and focused discussions about how we interface with our suppliers, who are challenged to do the same thing.”

Walk a mile in their shoes

As an OR nurse, “even the change in packaging for commodity products felt like a safety issue,” she recalls. “In surgery, predictability is everything. You want everything to work perfectly, just as it did before. You get into a routine; you open products, they look the same. If something has been pulled for you, or you have to replace something in the middle of a case, it makes you pause. If it’s a marking pen, no harm, no foul. But if it’s a biliary catheter, wow.

“Any change in capital equipment or the addition of a new procedure certainly impacted my practice, and the quality of the vendor community in instructing the staff was a major factor in successful deployment or not.”

Carpenter was in the OR during the switch from open techniques to laparoscopic procedures. “It was probably the most impactful change, as physicians had a huge learning curve,” she recalls.

“It was interesting to observe which ones made the transition and which ones were not able to do so. I think about this now when I ask physicians to change products. The conclusion I have come to is this: If physicians are motivated to accept the change, it will happen more easily than if the change is forced upon them.

“It’s not change itself that people dislike; it’s being forced to change that is disagreeable.”