Why relying heavily on antibiotics has contributed to the emergence of drug resistance in bacteria, and how healthcare stakeholders can respond 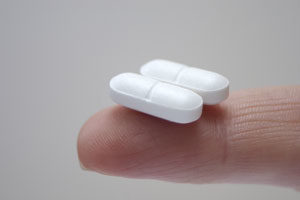 Since penicillin was discovered in 1928, antibiotics have been a “critical public health tool,” according to the Obama Administration’s recently published “National Action Plan for Combating Antibiotic-resistant Bacteria.” But the emergence of drug resistance in bacteria is reversing their beneficial effects. The Centers for Disease Control and Prevention (CDC) estimates that drug-resistant bacteria cause 2 million illnesses and approximately 23,000 deaths each year in the United States alone.

That’s the bad news. The worst
news is, it’s not the antibiotics themselves that are to blame. It’s the people who prescribe them, and the people – i.e., patients – who want them. “There is little doubt that antibiotics are overused in healthcare,” says David Fleming, MD, MA, FACP, professor of medicine and chairman, Department of Medicine, University of Missouri School of Medicine, and immediate past president of the American College of Physicians.

“The typical situation is that patients often arrive in the physician’s office asking for antibiotics for a ‘cold’ when, in actuality, many more times than not, they have allergic rhinitis or a viral syndrome in which antibiotics are not indicated. We use entirely too many antibiotics for conditions that do not need them, and this contributes to the increasing antibiotic resistance we are experiencing.”

The solution is simple – and difficult. First, physicians should always practice evidence-based medicine, says Fleming. Second, they should take into consideration the patient’s medical and personal needs and preferences before prescribing antibiotics. And third, “good and effective communication between patients and physicians is always the key to securing good outcomes.”

In that document, CDC reported that each year in the United States, at least 2 million people acquire serious infections with bacteria that are resistant to one or more of the antibiotics designed to treat those infections, and that at least 23,000 people die each year as a direct result of these antibiotic-resistant infections. Many more die from other conditions that were complicated by an antibiotic-resistant infection. In addition, the agency reported that almost 250,000 people each year require hospital care for Clostridium difficile (C. difficile) infections. In most of these infections, the use of antibiotics was a major contributing factor leading to the illness. At least 14,000 people die each year in the United States from C. difficile infections, according to the CDC. Many of these infections could have been prevented.

“These complications can result in increased length of stay and readmissions, exposure to numerous other antibiotics to treat the resistant infections, and/or CDI. CDI often recurs and can progress to sepsis and death.

“There is also the consideration of general adverse events related to antibiotic use. Again, if the patient has been incorrectly prescribed an antibiotic, or is taking one unnecessarily, it opens the risk to these types of events. Some hospitalized patients now have infections for which there are no antibiotics available to treat.

Gina Pugliese, RN, MS, FSHEA, vice president of Premier Inc’s Premier Safety Institute, says, “There is overwhelming agreement by all of the stakeholders – world health leaders, governments, professional and healthcare-related organizations, the public health community, providers, industry, and researchers – that antimicrobial resistance is a global concern, with an urgent call for improving the use of existing antibiotics as a crucial step.”

“Multiple reports have been issued describing the new forms of antibiotic resistance and the ease with which it is able to travel at incredible speed and cross international boundaries….” In fact, says Pugliese, world health leaders have described antibiotic- resistant microorganisms as “nightmare bacteria” that “pose a catastrophic threat” to people in every country in the world. “With a quick look at the statistics here in the United States, it would be very difficult for anyone to not recognize this as a major public health issue,” she adds.

The use of antibiotics is the single most important factor leading to antibiotic resistance around the world, says Pugliese. Ironically, up to 50 percent of all the antibiotics prescribed for people are not needed or are not optimally effective as prescribed, she adds.

Antibiotics are also commonly used in food animals to prevent, control, and treat disease, and to promote the growth of foodproducing animals, she points out. “The use of antibiotics for promoting growth is not necessary, and the practice should be phased out. Recent guidance from the U.S. Food andDrug Administration describes a pathway toward this goal. It is difficult to directly compare the amount of drugs used in food animals with the amount used in humans, but there is evidence that more antibiotics are used in food production.”

The cost of antibiotic resistance
Human suffering aside, antibiotic resistance costs the U.S. healthcare system a lot of money, according to experts. Says Pugliese, “In most cases, antibiotic-resistant infections require prolonged and/or costlier treatments, extend hospital stays, necessitate additional doctor visits and healthcare use, and result in greater disability and death compared with infections that are easily treatable with antibiotics.” Estimates of the cost of antibiotic resistance in the United States vary, but have ranged as high as $20 billion in excess direct healthcare costs, with additional costs to society for lost productivity as high as $35 billion a year (2008 dollars), she adds.

In September 2014, the CDC and Premier Inc. released research on the widespread use of unnecessary and duplicative antibiotics in U.S. hospitals, and concluded it could lead to an estimated $163 million in excess costs. The study was published in the October 2014 issue of Infection Control and Hospital Epidemiology, the journal of the Society for Healthcare Epidemiology of America. Researchers conducted a retrospective analysis of inpatient pharmacy data from more than 500 U.S. hospitals from 2008 to 2011 to identify the potential inappropriate usage of 23 intravenous antimicrobial combinations. Their analysis showed that 78 percent of hospitals administered potentially unnecessary combinations of antibiotics for two or more days, with a total of 32,507 cases of redundant antibiotics treatment.

Overall, these cases represented 148,589 days of potentially inappropriate antibiotic therapy, resulting in nearly $13 million in potentially avoidable healthcare costs from antimicrobial drugs, alone. If these cases were representative of all U.S. hospitals over the same time period, an estimated $163 million could have been saved through appropriate prescribing. These costs do not include other operational factors, such as the associated supply and labor costs, or patient safety complications.

In addition to antimicrobial resistance and excess costs, unnecessary intravenous combinations can increase the risk of adverse drug events, noted the researchers. Each drug has a risk of side effects, and combinations increase those risks as well as the risks for drug-drug interactions.

The plan outlines steps for implementing a national strategy for combating antibiotic-resistant bacteria, and addresses the policy recommendations of the President’s Council of Advisors on Science and Technology. Although its primary purpose is to guide activities by the U.S. government, the plan is also designed to guide action by public health, healthcare, and veterinary partners. Implementation of the National Action Plan will also support a World Health Assembly resolution urging countries to take action at the national, regional, and local levels, according to the White House. The guts of the plan rest with its five goals.

By 2020, the Obama Administration hopes that implementation of the National Action Plan will lead to “major reductions in the incidence of urgent and serious threats, including carbapenem-resistant Enterobacteriaceae (CRE), methicillin- resistant Staphylococcus aureus (MRSA), and Clostridium difficile. The Administration hopes that the plan will also result in improved antibiotic stewardship in healthcare settings, prevention of the spread of drug-resistant threats, elimination of the use of medically important antibiotics for growth promotion in food animals, and expanded surveillance for drug-resistant bacteria in humans and animals.

Other significant outcomes could include creation of a regional public health laboratory network, establishment of a specimen repository and sequence database that can be accessed by industrial and academic researchers, development of new diagnostic tests through a national challenge, and development of two or more antibiotic drug candidates or non-traditional therapeutics for treatment of human disease.

Editor’s note: “Antibiotic resistance threats in the United States, 2013,” by the Centers for Disease Control and Prevention, can be viewed at www.cdc.gov/drugresistance/pdf/ar-threats-2013-508.pdf
The “National Action Plan for Combating Antibiotic-resistant Bacteria, March 2015,” by the White House, can be viewed at www.whitehouse.gov/sites/default/file/docs/national_action_plan_for_combating_antibotic-resistant_bacteria.pdf