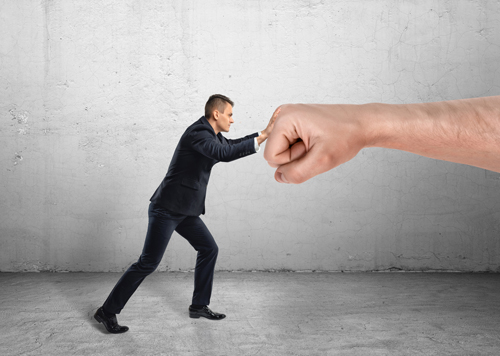 Steve knew he was facing a challenge. As he walked into the budget meeting, he squared his shoulders and took a deep breath.

The facts were on his side. Now it was time to convince the rest of the senior team, and, most importantly, his CEO. The challenge at hand was the marketing budget. For the last two budget cycles, Steve had been shorted. Or at least that’s how he perceived it. His budget had been cut to the bone while the IT and Operations budgets grew.

This time he was ready. Armed with data about market share and competitive spending, he wasn’t going to let his department go underfunded again. His team was counting on him.

Steve was relatively new to the senior leadership team. He’d only had a few years as a manager before he’d gotten promoted. But one thing he learned early on was, good leaders fight for their people. For Steve it was all about his team.

The problem was, Steve was fighting for the wrong team.

If you ask most leaders who their team is, they’ll tell you it’s their direct reports. Yet in more successful organizations, a leader’s first alliance is to the larger team. In Steve’s case, that was his peers and the CEO.

Danger of silos
Patrick Lencioni, author of the classic book The Five Dysfunctions of a Team, says, when team members put their individual needs or even the needs of their divisions above the collective goals of the team it creates inattention to results. A leadership team with 10 agendas is never as effective as a leadership team focused on one agenda.

Steve is like many well-intended leaders. He cares deeply about his people, and he also cares about the organization’s success. Increasing the marketing budget may be the right thing to do. But Steve’s approach, even if he wins, will only accelerate siloed thinking amongst the team.

In my experience, turf wars are silos with emotion. The original cause is almost never malice. The eventual war is the all too natural result of the three common conditions:

No. 1: The expertise trap
The VP of marketing is unlikely to know much about IT. Steve is playing in the space he knows, the area he was assigned.

No. 2: Personal connections
Most leaders spend more time with their direct reports than their peers. In Steve’s case, he’s relatively new to the role. When you’re in a new job one of the first things you do is connect with your team.  Steve has probably been so busy leading his own team he hasn’t built strong relationships with his peers, who he likely only sees at big group meetings.

No. 3: Lack of holistic leadership
Because the first two conditions (above) are almost always a given, leaders have to be relentlessly proactive in aligning their teams against the larger organizational goals. If Steve’s boss goes around the table at meetings discussing individual goals and budgets, that’s what people are going to focus on. If the leader wants to get everyone going in the same direction, the senior team’s primary alliance must be to each other, and their collective goals.

Putting department agendas aside in favor of team goals requires trust. Leaders must have confidence their peers are in it for the team, not simply jockeying for themselves. The biggest challenge is, no one wants to go first.

But when teams are brave enough to trust each other, and let go of their divisions, there’s nothing they can not do.

Lisa Earle McLeod is a leading authority on sales leadership and the author of four provocative books including the bestseller, Selling with Noble Purpose. Companies like Apple, Kimberly-Clark and Pfizer hire her to help them create passionate, purpose-driven sales organization. Her NSP is to help leaders drive revenue and do work that makes them proud.