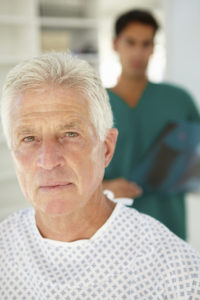 Choosing Wisely campaign encourages doctors to have frank discussions with patients about what tests and procedures they really need – and those they don’t.

Daniel Wolfson talks about the “sweet spot” of healthcare. It’s that point where safety, quality and affordability of healthcare intersect. In real-life terms, it’s that point where patient and doctor meet, talk, and decide which diagnostic and therapeutic procedures make the most sense in a particular instance. It’s a spot that distributor sales reps will probably become much more aware of in the coming months and years.

Wolfson is executive vice president and chief operating office of the ABIM Foundation, a nonprofit foundation whose mission is to advance professionalism in an effort to improve healthcare. It is also the driving force behind Choosing Wisely®, an initiative to help physicians and patients engage in conversations about the overuse of tests and procedures, and support physicians’ efforts to help patients make smart and effective care choices.

The concept of Choosing Wisely was originally piloted by the National Physicians Alliance, who through an ABIM Foundation “Putting the Charter into Practice” grant, created a set of three lists of specific steps physicians in internal medicine, family practice and pediatrics could take in their practices to promote the more effective use of healthcare resources. Since then, 60 specialty societies have created lists of more than 300 “Things Physicians and Patients Should Question,” which provide specific, evidence-based recommendations physicians and patients should discuss to help make decisions about the most appropriate care based on their individual situation. (To view a complete list of those recommendations go to http://www.choosingwisely.org/wp-content/uploads/2013/02/Choosing-Wisely-Master-List.pdf.)

“The underlying basis of our work is professionalism, and we think Choosing Wisely is part of that,” says Wolfson. “It is allowing physicians to lead, and take ownership of identifying and eliminating waste, that is, tests and procedures for which the risks outweigh the benefits. The campaign is about that physician leadership, but it’s also about the partnership with patients and consumers. We are not only saying to physicians, but to patients as well, that less can be better.”

In fact, Consumer Reports has already developed more than 100 patient-friendly brochures on specific conditions identified by societies participating in Choosing Wisely, and is working with consumer groups to disseminate them.

Choosing Wisely isn’t intended to ration care or to encourage doctors to stop ordering tests or procedures that might be beneficial, Wolfson says. But it is intended to encourage doctors and patients to stop ordering tests and procedures without questioning how they might (or might not) affect the treatment plan, or how they might actually cause harm to the patient through such things as unnecessary biopsies or other procedures.

“The things that are appropriate will continue to be utilized,” he says. “The things that aren’t will be less utilized.” Example: The American Society for Radiation Oncology – as one of its Choosing Wisely recommendations – suggested that providers refrain from routinely recommending proton beam therapy for prostate cancer outside of a prospective clinical trial or registry. Their rationale: Proton beam therapy might be an excellent tool for ocular disease or cancer in children, but as a front-line tool for prostate cancer, it’s expensive and it doesn’t produce better results than much less costly alternatives, says Wolfson.

“We want to change the attitude that more is always better,” says Wolfson. “We want physicians to take responsibility for providing unnecessary care. And we want to bring about attitudinal changes on the part of patients and physicians.”

Many tests and procedures are applied more frequently, and to too many people, than originally intended, he says. Colonoscopy is an example. One of the American Gastroenterological Association’s Choosing Wisely recommendations calls for average-risk individuals to delay colorectal cancer screening for 10 years after a high-quality colonoscopy is negative. Colonoscopy shouldn’t be ordered more frequently as a matter of course for non-symptomatic, average-risk patients.

After just two years, Choosing Wisely has taken off, gaining popularity both in the United States and other countries, he says. A recent survey of 600 U.S. physicians, funded by the Robert Wood Johnson Foundation, showed that one in five are aware of the campaign. Among them, 62 percent say they are more likely to have reduced the number of times they recommended a test or procedure because they learned it was unnecessary. That compares to 45 percent among those who are unaware of Choosing Wisely. And 70 percent of physicians say that after they speak with a patient about why a test or procedure is unnecessary, the patient often avoids it.

But there’s more work to be done, the survey shows:

“We have tried to provide a platform for physicians through which their specialty societies can take leadership on this issue,” says Wolfson. “And when physicians are engaged and feel they are part of the solution, there’s a willingness to examine the evidence. Making changes in practice is much more likely to occur.

“This campaign is unleashing professionalism. It is empowering physicians and allowing them to do the right thing for their patients,” he continues. “And it is allowing them to re-focus on the patient/physician relationship.”

The Choosing Wisely campaign – and all it represents – will only keep growing, he predicts. Next up? Additional recommendations from the participating specialty societies, as well as involvement by some non-physician sectors, including the American Dental Association, American Physical Therapy Association and the American Academy of Nursing.

“The world is changing, reimbursement systems are changing. That makes Choosing Wisely an opportune mechanism to do something about waste in America – to hit that sweet spot of safety, quality and affordability of healthcare. It’s a win/win for everybody. Patients get better care; doctors don’t give unnecessary care (which they don’t want to do anyway), and society is served by the byproduct – savings.”