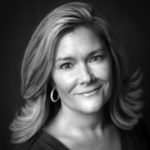 These subgroups exist largely on the energy, commitment and participation of their supply chain members. But they grow with the help of GPO sales reps. Representing national group contracting portfolios, reps such as Intalere’s Emily Hughes and Janice Lisowski also serve as key contacts – some might say the “glue” – of regional groups. Hughes was named West Alliance Rep of the Year, and Lisowski was named East Alliance Rep of the Year at Intalere’s 2017 member conference.

Lisowski calls primarily on non-acute providers in Illinois and Iowa. She represents Intalere’s national contracts and works closely with the Intalere IKOINM Alliance (an acronym standing for Illinois, Iowa, Kentucky, Ohio, Indiana and Michigan). “Our members find value in membership in an alliance, with its regional pricing and programs, which are more specific to a smaller group,” she says. “I generally introduce that as an option to new Intalere members.” She seldom has to explain the concept of group purchasing to her accounts, as most are familiar with the concept. In some cases, it is the non-acute distributors that have introduced them to it.

Lisowski brought distributor experience with her when she joined Intalere in April 2015. She held sales positions with Cardinal Health and Kreisers (now Concordance Healthcare Solutions), as well as a couple of medical products manufacturers. That experience has served her well at Intalere. For one thing, she understands how pricing is set in the non-acute market, and she works with both members and distributors on pricing issues. Second, having been exposed to thousands of products as a distributor rep, she knows the brands on contract, as well as their competitors “I can say to an account, ‘We don’t have that brand on contract, but we have others,’” she says.

How closely do her accounts identify as Intalere members or IKOINM Alliance members? “It really depends on the customer,” she says. “First and foremost, I want them to know they are a member of Intalere. But I also want them to know they have this regional resource. I explain, ‘You’re getting the advantage of national contracts, but you also get the camaraderie of a regional group, and contracts specific to your region.’”

Always evolving
Emily Hughes is regional manager for Health Resource Services (HRS), the Seattle, Washington-based affiliate of Intalere, and an independent LLC within the Virginia Mason Health System. She calls on hospitals and surgery centers and clinics, as well as a growing number of long-term-care and senior-living facilities. On a day-to-day basis, she may be promoting Intalere national contracts or Intalere National Healthcare Alliance contracts (a group of five Intalere affiliates). Or she may be promoting the HRS Northwest Healthcare Supply Chain Council, which she facilitates.

The Council is a decades-old group of supply chain executives from key HRS facilities in the Pacific Northwest and Alaska. “We’re focused on maximizing Intalere agreements, but also negotiating regional agreements where there is a need,” Hughes says. “Based on direction from the Council, we have signed agreements for medical commodities, construction and, most recently, print services.” Food service is another expanding area, given its importance to senior living facilities.

Hughes enjoys watching the Council grow and change, as members retire and new ones join, and as the group continues to evolve and shift its focus. “We’re constantly looking to our members and asking, ‘What are your hot spots now? How can we help bring in suppliers to address them? What are we as a GPO missing?” The group meets three times a year, and those meetings often involve an educational component. “It’s an opportunity to learn about things that we can be helping each other with, the day-to-day things that people are up against.