This is among the findings of “A Cost Savings and Marketplace Analysis of the Health Care Group Purchasing Industry,” a new report commissioned by the Health Industry Group Purchasing Association (HIGPA). The report was researched and written by Muse & Associates in Washington, which produced reports in 2000 and 2002 for HIGPA on the role of group purchasing organizations in U.S. healthcare.

The report puts GPO and IDN spending in the perspective of national healthcare spending. Total U.S. healthcare expenditures in 2004 are estimated to have been $1.8 trillion, or 15.5 percent of the gross domestic product, according to the Centers for Medicare and Medicaid Services. Together, the total marketplace for healthcare purchasing entities (or HCPEs, which is HIGPA’s term for IDNs and GPOs) for 2004 fall somewhere between $196.5 billion and $219.2 billion, or about 10 percent to 12 percent of total national health expenditures.

Supply chain spending
Hospital non-labor expenditures (medical equipment, supplies, pharmaceuticals, food, etc.) in 2004 are estimated to have been $246.1 billion, or 44.6 percent of hospitals’ total expenditures. Being more labor-intensive than hospitals, nursing homes spend a higher proportion (75 percent) of their expenses on labor, and a smaller proportion (25 percent) on non-labor categories. In 2004, therefore, nursing homes’ estimated non-labor expenditures were $27.9 billion. The total potential marketplace for GPOs and IDNs is the sum of these two numbers, or $274 billion, according to the Muse study.

About 72 percent to 80 percent of hospitals’ and nursing homes’ non-labor expenditures are funneled through GPOs or IDNs, according to HIGPA and various provider organizations. Using those figures, somewhere between $176.4 billion and $196.8 billion of hospitals’ non-labor expenditures in 2004 were acquired through GPO and IDN contracts. For nursing homes, the range was between $20 billion and $22.3 billion.

Impact of group purchasing
Having been commissioned by HIGPA, it’s no surprise that the Muse study looks at the impact of group purchasing on healthcare purchasing. According to Muse, GPOs and IDNs racked up between $21.8 billion and $38.7 billion in savings in 2004. (That figure is based on estimates that GPO and IDN contracts save hospitals between 10 percent and 15 percent off their purchase prices.)

Additional governmental restrictions on IDNs and GPOs could cut those savings substantially, according to the study. “As more and more restrictions are placed on the operations of a Ôfree’ market, the costs of Ôdoing business’ will likely increase,” say the study’s authors. “Restricting the contracting processes and operations of HCPEs or shifting costs will result in higher prices, erosion of current discounts and a decline in savings that HCPEs provide.”

A decline of just 1 percentage point in GPO- and IDN-generated savings in 2004 would have resulted in an increase in total public and private expenditures for health services and supplies of between $2.18 billion and $2.58 billion, according to the study. Medicare alone would have spent an additional $613 million to $725 million, while the Medicaid program would have incurred additional costs of $43 million to $425 million.

“Additional restrictions such as caps on vendor payments, new certification requirements, expanded administrative oversight, increased record keeping and reporting requirements will increase costs for HCPEs, their members and their trading partners,” say the study’s authors. “This will erode discounts and add significant costs to the healthcare system without providing any new protections to providers, patients, third-party payers, etc.” 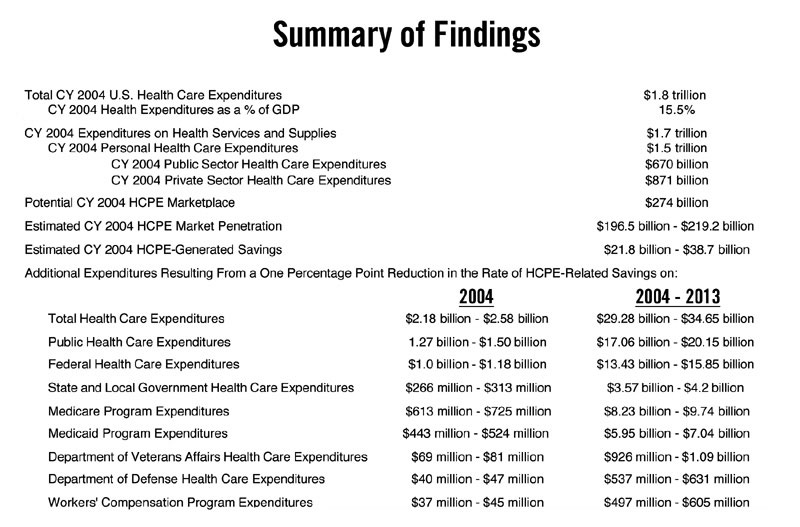 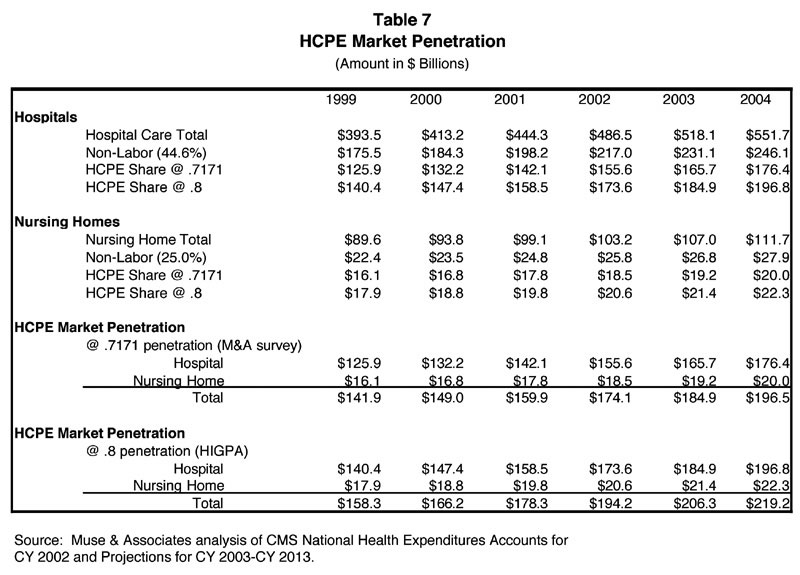