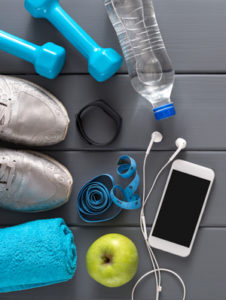 Posttraumatic stress disorder (PTSD) affects an estimated 6 percent of adults in the United States at some point in their lives. It can cause flashbacks of upsetting events and difficulty sleeping, among other symptoms. With funding from the Patient-Centered Outcomes Research Institute, the Agency for Healthcare Research and Quality reviewed PTSD treatment studies published since 2012 and found strong support for the effectiveness of certain types of cognitive behavioral therapy in treating patients with PTSD. Cognitive behavioral therapy is a type of talk therapy that focuses on helping patients become aware of negative thought patterns and beliefs, and develop constructive ways of thinking. It also found moderate evidence that the antidepressant medications fluoxetine (Prozac), paroxetine (Paxil), and venlafaxine (Effexor) can help reduce PTSD-related symptoms.

Putting menopause on pause
A study from the United Kingdom suggests that eating a high intake of oily fish delayed onset of menopause by 3.3 years per portion per day, and a high intake of legumes delayed onset by 0.9 years per portion per day. In addition, higher intake of two micronutrients – vitamin B6 and zinc – delayed onset by 0.6 and 0.3 years, respectively. The research also found that higher intakes of refined pasta and rice led to earlier menopause by 1½ years. A team from the University of Leeds followed 914 women for four years, examining their food and nutrient intake related to age of natural menopause, reports the Washington Post. Legumes, vitamin B6 and zinc all have antioxidant properties, and oily fish are associated with potentially improving antioxidant capacity. So, the results, and data from other studies, suggest that an antioxidant-rich diet can potentially delay onset of menopause, which is associated with greater life expectancy and reduced risk of cardiovascular disease and osteoporosis. More established research suggests that consuming heart-healthy and bone-strengthening foods, exercising and avoiding weight gain are good strategies for avoiding the cardiovascular disease and osteoporosis that so often are associated with menopause. 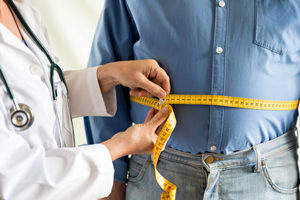 Dieting? You’re not alone. According to the Centers for Disease Control and Prevention:

The company you keep
Do the people you surround yourself with influence a healthier lifestyle or bring you down? “Researchers have found that certain health behaviors appear to be contagious and that our social networks – in person and online – can influence obesity, anxiety and overall happiness,” Tara Parker-Pope writes in the New York Times. “A recent report found that a person’s exercise routine was strongly influenced by his or her social network.” Parker-Pope describes the “moai,” a social network concept from Japan, where a group of five friends are connected for life as a source of social, logistic, emotional and financial support.

Hypertension in pregnancy
Women with pregnancies complicated by high blood pressure may benefit from cardiovascular screening throughout their lives. That’s because those with a history of preeclampsia or gestational hypertension in pregnancy developed chronic hypertension at a two-to-three-fold higher rate and had 70 percent and 30 percent higher rates of type 2 diabetes and high cholesterol, respectively, than women who had normal blood pressure in pregnancy, according to a study published in the Annals of Internal Medicine. Between 10 to 15 percent of women experience hypertensive complications during pregnancy, and evidence shows that these women are more likely to have a heart attack or stroke later in life, even if their blood pressure returns to normal immediately following pregnancy.

When games are no longer fun
“Gaming disorder,” with its online and offline variants, has been included in the draft of the 11th edition of the International Classification of Diseases (ICD-11) as a clinically recognizable and clinically significant syndrome, when the pattern of behavior is of such a nature and intensity that it results in marked distress or significant impairment in personal, family, social, educational or occupational functioning, reports the World Health Organization. (ICD-11 was scheduled to be released in June 2018.) Health concerns associated with gaming behavior include other aspects of health (e.g. insufficient physical activity, unhealthy diet, problems with eyesight or hearing, musculoskeletal problems, sleep deprivation, aggressive behavior and depression) and psychosocial functioning.

Turn off the juice
Soda pop and sports drinks are a major source of added sugar for Americans, and they contribute 145 calories a day to our diets, report researchers in a New York Times article. How about juice? Despite all the marketing and government support, fruit juices contain limited nutrients and tons of sugar. In fact, one 12-ounce glass of orange juice contains 10 teaspoons of sugar, which is roughly what’s in a can of Coke. Worse, juice isn’t the same as eating whole fruit. While eating certain fruits like apples and grapes is associated with a reduced risk of diabetes, drinking fruit juice is associated with the opposite, according to the researchers. Juices also have less fiber, which makes you feel full. Because juice can be consumed quickly, it is more likely than whole fruit to contribute to excess carbohydrate intake.

A walk in the park
What does it mean to take a “brisk walk?” About 100 steps per minute, of 2.7 miles per hour, according to a study published in the British Journal of Sports Medicine. Just count how many steps you take in 10 seconds and multiply that number by six, advises Dr. Catrine Tudor-Locke, a professor of kinesiology at the University of Massachusetts Amherst. “The good news is that this pace will probably not feel strenuous to most healthy people,” she says.

Rising form of hepatitis
Liver specialists say there’s a form of hepatitis that is sneaking up on about 12 percent of the U.S. population, or an estimated 25 million Americans, reports the Sacramento Bee. Called nonalcoholic steatohepatitis, or NASH for short, it does not result from drug use, alcoholism, sexual contact, water contaminants or viruses. Rather, it occurs when too much fat is stored in liver cells. Primary care providers are urged to look for risk factors among patients, including high blood pressure, high cholesterol, diabetes, and a body mass index of 30 or higher. Definitive diagnosis requires a noninvasive liver ultrasound called a FibroScan. Early detection can lead to management of the disease.