The infection prevention trends look encouraging, but there’s still work to be done 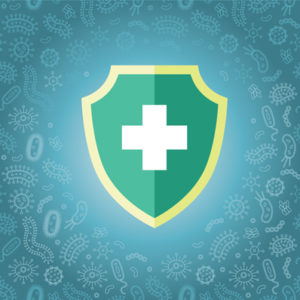 Each day, approximately one in 31 U.S. patients contracts at least one infection related to his or her hospital care, reports the Centers for Disease Control and Prevention. That might not sound like great news. But it does signal progress.

“Overall, there is a lot to be happy about,” says Keith Kaye, M.D., MPH, FIDSA, FSHEA, professor of medicine in the Division of Infectious Diseases at the University of Michigan Medical School, referring to CDC’s recently released “2017 National and State Healthcare-Associated Infections (HAI) Progress Report.”

“Pretty much all device-associated and MDRO [multidrug-resistant organism] metrics are improved from 2016 to 2017,” says Kaye, who is past president of the board of trustees of the Society for Healthcare Epidemiology of America, or SHEA. “This improvement occurred on top of notable progress that had already been made prior to 2016.”

According to the CDC, nationally, between 2016 and 2017, acute care hospitals experienced:

Compared to the 2015 baseline standardized infection ratio (or SIR, a comparison of the number of actual infections in a facility and the number of infections that were “predicted” to have occurred based on previous years of reported data):

Compared to the 2017 national SIR:

“I was pleasantly surprised by the continued sharp and significant decreases in CLABSI, MRSA bacteremia and C. difficile,” says Kaye. “Decreases approached or exceeded 10 percent for each of these measures. These are large, impressive decreases, particularly when considering that these occurred in the setting of notable improvements leading up to 2016.”

“We are very encouraged to see steady progress,” says Arjun Srinivasan, M.D., associate director for healthcare-associated infection prevention programs, Division of Healthcare Quality Promotion, National Center for Emerging and Zoonotic Infectious Diseases, CDC. “It’s a reflection of the hard work that folks in hospitals are doing day in and day out to follow CDC recommendations and best practices, to make sure they are delivering the best care.”

Room for improvement
Marie H. Wilson, RN, CIC, infection preventionist at Methodist Dallas Medical Center and a spokesperson for the Association for Professionals in Infection Control and Epidemiology (APIC), agrees that the Progress Report shows encouraging trends. Even so, much remains to be done, she says.

“It is surprising to see that no significant changes were detected in reducing colon surgery surgical site infections in acute care settings, as many infection prevention programs target these procedures to reduce the risk of infection associated with them. The numbers suggest there is still more room for improvement.”

“We can do better,” adds Kaye. “Surgical site infections are one of the most common healthcare-acquired infections, and continued focus on optimizing SSI prevention is called for.” SHEA published “Strategies to Prevent Surgical Site Infections in Acute Care Hospitals: 2014 Update” to provide recommended strategies based on available scientific evidence and guidance, he says.

Progress, not perfection
Indeed, progress in infection prevention is never a straight line. For example, CDC reports that although U.S. rates of hospital-onset MRSA dropped 17 percent each year between 2005 and 2013, progress against methicillin-susceptible staph (MSSA) may be rising in communities, and progress against MRSA has slowed in hospitals.

And “zero HAIs” may be an impossible dream, if for no other reason than new challenges continually arise. For example, healthcare facilities in several countries – including the United States – have reported that a type of drug-resistant yeast called Candida auris has been causing severe illness in hospitalized patients, reports CDC.

“I am not certain that ‘zero HAIs’ is always obtainable, due to severity-of-illness issues that some patients experience,” says Kaye. “However, in my opinion, more important than reaching zero, is to make certain that all preventive processes are in place and are being utilized fully so that infection prevention is optimized.” These processes range from hand hygiene to limiting unnecessary indwelling devices, managing indwelling devices with appropriate hygiene, avoiding unnecessary antibiotics and optimizing the environmental hygiene of a hospital, he says.

“The biggest barriers to implementing and complying with these processes include limited infection prevention resources and competing issues that face the hospital. Genuinely embracing a culture of safety and making your institution a high-reliability organization are critical in the journey towards reducing HAIs and improving the safety of patients.”

Make the right thing easy
“This is not a one-and-done proposition,” says Srinivasan. “These are infections that require constant diligence and activity. If we take our eye off the ball, we can run into a situation where we stop making progress.”

Patients are sicker than they’ve ever been, he says. “Providing care is complex, and the more complex it is, the more difficult it is to remember all the things that need to be done. To counter that, a lot of our focus at CDC has been to figure out how we can make the safe practice the easy thing to do.”

Example: Providers may forget to wash their hands before and after each interaction with a patient. “Here’s a simple fix: Mount an alcohol-based hand dispenser outside every room,” says Srinivasan. “It’s easy to access the dispenser, and it’s a visible reminder to wash your hands.”

Another key to infection prevention is antibiotic stewardship, that is, prescribing antibiotics only when they are needed, and making sure regimens are properly adhered to.

“It’s incredibly important,” says Srinivasan. “We know that the biggest infection type where improved antibiotic use can play a role is C diff, which is a problem in nursing homes and hospitals. It’s a major area of focus at CDC, and we are thinking about the best way to deliver best practices across the spectrum of healthcare.

“There is an evolving understanding of how we deliver healthcare,” he adds. “In the past, nurses played their role, and physicians played their role, etc. We’re increasingly understanding that healthcare is a team sport. For example with antibiotics, the physician might be the one writing the order, but the pharmacist is the one who dispenses it, and the nurse is the one who administers it. Each one plays an equally important role.”

More than 21,000 hospitals and other healthcare facilities provide data to the CDC’s National Healthcare Safety Network (NHSN), which in turn is used for national- and state-level analyses, and for targeted prevention initiatives by healthcare facilities, states, regions, quality groups, and national public health agencies, including CDC. Providers, in turn, can use that data to track and compare their antibiotic usage and infection rates with other facilities.

“Reaching ‘zero’ requires sustainable collaboration among an interprofessional team, including those in the acute care setting and beyond,” says Wilson. “As our patients come to us sicker than ever, our challenges to keep them infection-free will continue to increase.