He had long yearned to serve his country as a soldier, but poor eyesight prevented any possibility of winning appointment to one of the academies. Undeterred, he memorized the eye chart and entered the National Guard, going on to serve in the First World War.

Upon arrival in France, he was soon promoted to captain and put in command of his battery, made up of 188 men. The unit had a poor reputation, known for being unruly and ineffective, and initially the men had little respect for their new commander. Nonetheless, he was committed to his men, and with determination and intensity he tackled the task at hand.

Under his command, the battery was soon transformed into an effective and exemplary unit. Leading his men through fierce combat without a single casualty, he won their respect and devotion. When the war ended, he returned home with leadership strengths honed by his wartime leadership.

He remained a responsive, committed, and effective leader in the years following the war. Equipped with those same strengths, Harry Truman eventually became a wartime leader again—this time leading the nation to the end of World War II as the 33rd President of the United States.

Leaders who are responsive, committed, and effective are extremely action-oriented and focused on results. Recognizing need, these leaders possess a strong sense of responsibility, and they wield their influence and authority to quickly meet that need as effectively as possible. Dependable and accountable for their commitments, these leaders demonstrate great determination, and gladly work in cooperation with others in order to pursue a common purpose or goal.

How about you? Are you a responsive, committed, and effective leader? How can you improve and leverage your own strengths in order to become such a leader? By leveraging and applying your leadership strengths, you can become an even more effective leader who:

This is the sixth in a series of eight articles highlighting important leadership strengths demonstrated by some of the world’s most powerful and influential leaders—former United States Presidents. I feature these same strengths in my inspirational presentation, Presidential Leadership, designed to encourage and equip participants to identify, leverage, and apply their own leadership strengths. Please stay tuned as we look at two more areas of leadership strengths in the weeks to come! 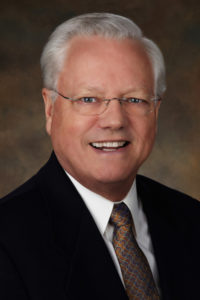 Be the first to comment on "Leadership Strengths: Responsive, Committed, & Effective"