Michele Tarantino: Up for the Challenge

Editor’s note: Where do JHC’s past Contracting Professionals of the Year go? Up. We are checking in with the people we’ve recognized since 2007. This month: Michele Tarantino. 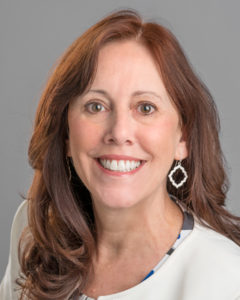 Michele Tarantino is not one to avoid the new and the unexplored.

Working for Merrill Lynch, Tarantino focused on auditing its commercial real estate portfolio. Later, she worked for Corporate Property Investors, a real estate investment company, for whom she audited tenants of the shopping malls owned by the company.

In 1997, for family-related reasons, Tarantino and her husband, Jim, a radio personality, took a leap of faith, moving from the New York to Roanoke, a city of approximately 100,000 people in the western part of the state.

Largely because of Tarantino’s analytical skills, Carilion Health System (later named Carilion Clinic) hired her as part of its healthcare consulting department, focusing on process improvement projects. Her first challenge was working with the OR to improve turnaround time, start time, and other processes. Approximately two years later, she was hired as Carilion’s corporate purchasing director as well as OR materials director for two of the system’s largest hospitals. She did that for seven years, and then, in 2006, she decided to join Aspen Healthcare Metrics, whom she had engaged to help Carilion with its implant contracting program.

Two years later, she got a call from Carilion, which needed someone to head up its supply chain and contracting programs. In 2011, when Tarantino was named Contracting Professional of the Year by the Journal of Healthcare Contracting, she was vice president of corporate contracting for Carilion Clinic, which at the time comprised eight acute-care hospitals, one surgery center, and about 90 physician offices.

In FY 2010, through the efforts of Tarantino’s team, the clinical staff, Premier healthcare alliance and the consulting firm Deloitte & Touche, Carilion identified $15 million in supply chain opportunities and implemented $8 million in recurring and one-time cost reductions. Tarantino also formed a department to centralize sourcing, value analysis and contracting. And she embarked on a program to centralize non-clinical and purchased-services sourcing and contracting.

In May 2016, she and her husband made another big move – to Renown Health, in Reno, Nevada.

Transformation
“I chose Renown Health for an opportunity to lead the supply chain team through an exciting and rapid transformation,” she says. (She and her husband also love the beauty of the area, including Lake Tahoe hiking.)

Reno itself is in the midst of a transformation. Industry, job-seekers and retirees are increasingly attracted to area. “The population growth has opened up new opportunities to expand our services and purchase new technologies,” she says.

For example, in the past year, Renown has opened six new physician offices, and is building a new inpatient med/surg unit. For the new buildings, supply chain is responsible for FFE, that is, furniture, fixtures and equipment. The department has a business analyst embedded in the construction group, who reports to Tarantino with a dotted line to the director of construction, as well as a medical equipment acquisition committee.

Working on facilities and construction, cybersecurity, sourcing/contracting and the “Internet of Things” (that is, the fact that virtually all medical equipment today is networked) has been “fun and dynamic,” she says.

In July, the supply chain team moved its Distribution Center operations to a new, 60,000-square-foot facility about two miles from the hospital. The center is actually a for-profit operation, because it distributes products not only to Renown’s inpatient and outpatient facilities, but to local ambulance services and community colleges. “It’s pretty remote here,” she says, so additional logistics providers in the region are welcomed.

Tarantino has learned much about herself and about leadership since being named Contracting Professional of the Year.

“People need to feel they can trust your motives,” she says. “Supply Chain leadership positions can be challenging, because many of us have a passion for cost reduction. I have learned that you can expend a lot of political capital by focusing solely on expense reduction, meaning, this can be a threatening concept to those who may not understand your world. If physicians, caregivers and other leaders see that financial improvement is your only focus, then it will be impossible to be effective.

“Trust comes in many ways. Transparency and humility go a long way. Leadership is a privilege.

“I am definitely more self-aware of the impact my management style has on the team,” she continues. “I try to moderate, although it is still difficult to let go of the detail.

“I have slowed down considerably and try to spend more time listening rather than making assumptions. I think this makes it easier for others to work with me, and helps build relationships.”