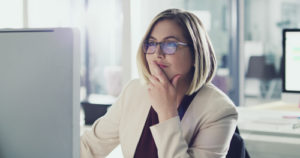 Opportunity presents itself in strange ways. Often, it comes disguised as a challenge. Forward-looking organizations are eager to embrace it.

Lehigh Valley Physician Group (LVPG) in Allentown, Pennsylvania – part of the Lehigh Valley Health Network – is such a forward-looking organization. Last year, it transformed a challenge into an opportunity and, ultimately a clinical, financial and operational win for the organization and its patients. 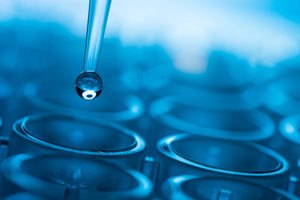 In January 2017 – in the midst of one of the worst influenza outbreaks the U.S. had ever faced – the U.S. Food and Drug Administration announced it would reclassify an entire group of flu tests (called rapid influenza antigen detection tests, or RIDTs) because they didn’t meet FDA’s standards for accuracy. Too many false negatives showed up on the visually read tests. This can negatively impact patient diagnosis and care, especially among pediatric, elderly and immunocompromised patients.

By reclassifying RIDTs – also called lateral flow tests – from Class I to Class II, the FDA ensured the tests would be subject to more rigid controls. The agency announced that the Class I devices would not be available for purchase after January 2018 (though providers could use up their existing supplies after that time).

“Point-of-care testing is a huge satisfier for our providers and patients,” says Kimberly Korner, administrator of clinical services. “You get the lab result while the patient is still in the office, and you initiate the correct treatment then and there, versus taking a nasal swab, sending it to a central lab and waiting for a turnaround.”

The FDA reclassification presented a decision point for LVPG, as it did for physician groups around the country. On one hand, they could have consumed all their existing Class I tests and then switched to another visually read test that met the FDA’s new standard.

LVPG lab coordinators believed that molecular testing might be a way to do all of those things.

The molecular option
Molecular tests target or detect nucleic acids, that is, RNA or DNA, amplifying the sample being tested. Bottom line: The tests are more accurate than older generation lab tests, and they can deliver test results in 15 minutes.

More accurate tests mean fewer retests due to questionable results, and more accurate treatment decisions (e.g., Are antibiotics or antivirals warranted?). That equates to labor efficiencies and greater patient satisfaction, as well a positive impact on antibiotic stewardship. In addition, reimbursement for molecular tests is greater than that for visually read tests with many payers. And today’s molecular technologies fit conveniently on a countertop.

But the technology for molecular diagnostics costs more than that needed for visually read tests. What’s more, implementing molecular testing in 100 practices would necessitate training hundreds of clinicians within LVPG. It would be a big decision.

“We don’t do things casually,” says Korner. “We did a lot of investigation.”

McKesson Medical-Surgical: a collaborator
Much of that investigation was conducted by LVPG’s robust biomedical quality assurance committee. It’s a multidisciplinary group of people, including lab coordinators, educators, providers, clinical coordinators and the biomedical department, says Korner. The committee meets monthly to consider new technologies, analyzing cost and overall benefit to patients and clinicians. Vendors frequently demonstrate their equipment and products to the committee, and the committee then decides the next step – e.g., a hard pass, a trial, or perhaps immediate implementation.

“It’s the route we take for any new technology, even if it’s a new type of glove,” says Korner. “We follow a very stringent process.”

“We work with McKesson so closely, we never stopped to ask, ‘When do we bring them in,’” says Korner. “They were involved in the entire process. We tapped them for all kinds of information, including data on our testing volumes and the types of equipment and supplies our practices had been purchasing up to that time. We could use that information to project how things would look if we went ahead with the conversion.”

Says Bowman, “McKesson and LVPG worked collaboratively with their respective resources to accurately determine the expected financial outcome of the molecular conversion project. We connected them with vendors and helped them decide which one would best fit their objectives.”

The lab coordinators acted as LVPG’s feet on the ground, he continues. They worked with individual sites and site leaders, answering questions, offering a thorough and objective look at the risks and benefits of moving to a molecular testing platform, including ramifications on the budget and on workflow. “They helped paint the picture for the practices, and checked all the boxes for those who might not have had a direct line of sight into the decision-making process,” says Bowman.

After LVPG selected a vendor, the McKesson Lab Implementation Team created a single point of contact for the practice and the manufacturer, coordinated shipping of instruments and start-up supplies with training dates, tracked progress and resolved delays.

Rollout
LVPG rolled out molecular testing to 39 practices on Sept. 11, 2018, and 18 more in December – just in time for flu season.

Each practice sent a point person to “train the trainer” sessions, during which they learned about molecular testing, which is fairly technique-sensitive, as well as how to validate the equipment. “Laurie and I have been out to the practices periodically since then to do more training,” says Smith.

Supply chain professionals need to be part of an integrated group examining big changes such as the one LVPG undertook, says Korner. That group has to include people with clinical knowledge as well as people with operations and financial expertise. “Those with clinical backgrounds can help support the change [to other clinicians], while the supply chain professionals can help support the financial rationale behind it,” she says.

“You need that collaborative approach.”